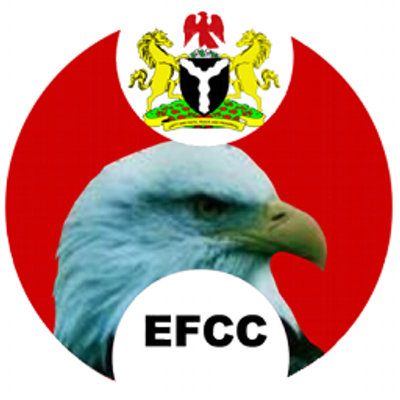 More documentary evidence were on Wednesday, June 1, 2016 presented by the Economic and Financial Crimes Commission, EFCC to further back up its claim against former Jigawa governor, Sule Lamido for allegedly defrauding the state to the tune of N1.35billion.

Lamido and his accomplices are being prosecuted on a 27-count charge by the EFCC before Justice Adeniyi Ademola of the Federal High Court sitting in Maitama, Abuja.

He allegedly abused his position as governor between 2007 and 2015 by awarding contracts to companies where he had interest, using his two sons as fronts.

At the resumed trial today, PW18, Micheal Wetkas, an operative of the EFCC, further presented additional documentary evidence alluding to the fact that, the state funds were laundered while Lamido held sway as the governor of the state.

Some of the documents by the PW18 while being led in evidence by counsel to EFCC, Chile Okoroma include; sub-contract documents, including bank payment vouchers from Dantata and Sawoe Construction Company, invoices, waybills and cheques in favor of two more companies – Speeds International Ltd and Gada Construction Company.

Recalling some of the details he had given as testimony, Wetkas said that, in a bid to confirm if those contracts really existed and were executed, the 9th defendant, one Mr. Bartholomew Agoha, the manager of the three companies involved, was invited to the EFCC for questioning.

According to him, “Mr Bartholomew Agoha, who initially said that, he had signed the proposals for the sub-contracts sent to Dantata and Sawoe and was responsible for the supply of diesel, bitumen and steel iron wrought, suddenly changed his testimony upon further interaction. He later denied knowledge of the contracts and deliveries, saying that he was only invited to Dantata & Sawoe to receive the contract documents and append his signatures to them.

“Further probes by the investigation and forensic team of the EFCC eventually revealed non-existent records and doctored journals at Dantata and Sawoe Construction Company from 2007 – 2013”, Wetkas stated.

The PW18 further told the court that, the forensic team analysed the hard disk of the computer from which the journals had been generated. The subsequent report revealed that computer entries for transactions which purportedly took place between 2010 – 2013 was discovered to be made in 2014-2015, only after investigations into the questionable transactions had commenced.

“Although waybills in the vouchers presented before court suggested that the products were delivered to the Kano yard of Dantata and Sawoe Construction Company, one Ibrahim Mahmoud and Adamu Isa, employees of Dantata and Sawoe, who were responsible for collection of all supplies at the Kano Yard between 2007-2013 denied ever hearing of or receiving supplies from the said companies”, Wetkas said.

According to him, the position of the investigation is that, those items were never delivered and the contracts never executed.

Wetkas further told the court how Dantata and Sawoe Construction Company received a total sum of about N1.2bn, through their Access Bank account, from the Jigawa State government between 2008 and 2009, and subsequently made a payment of N14.850m to one of the defendant’s companies.

He said that another N1.5billion had been received by Dantata and Sawoe, through their Sterling Bank account. The company subsequently made payments of N33m, N24m and N29m into the accounts of Speeds International Ltd, Bamaina Holdings Ltd and Gada Construction Limited respectively, two accounts which have as their sole signatory, the first defendant, Alhaji Sule Lamido, and another account with the third defendant, Mustapha Sule Lamido, as its sole signatory.

The witness went on to describe how further payments were made to Dantata and Sawoe Construction Company from the Jigawa State government through the company’s Zenith Bank account though, Lamido’s counsel, Joe Agi, SAN, objected to the manner in which the witness was giving oral evidence to support the bank statements of Dantata and Sawoe Construction Company which he said had already been admitted in evidence.