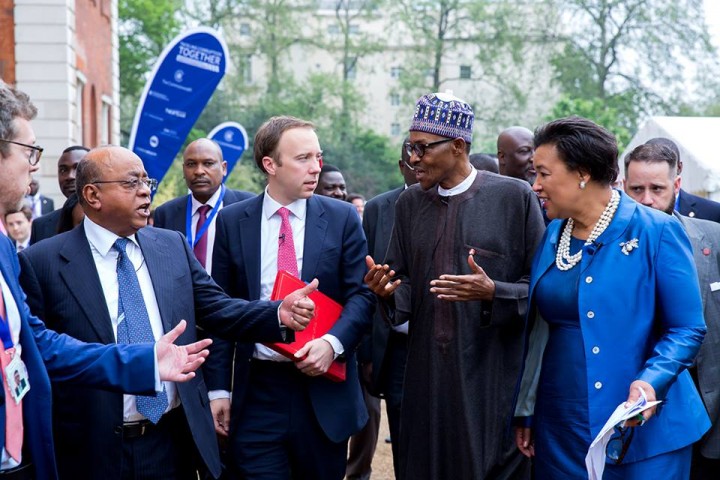 It showed that Non-Cash Recoveries (Farmlands, Plots of Land, Uncompleted Buildings, Completed Buildings, Vehicles and Maritime Vessels) during the period total 239.
The following is the breakdown of the recovered cash and assets: 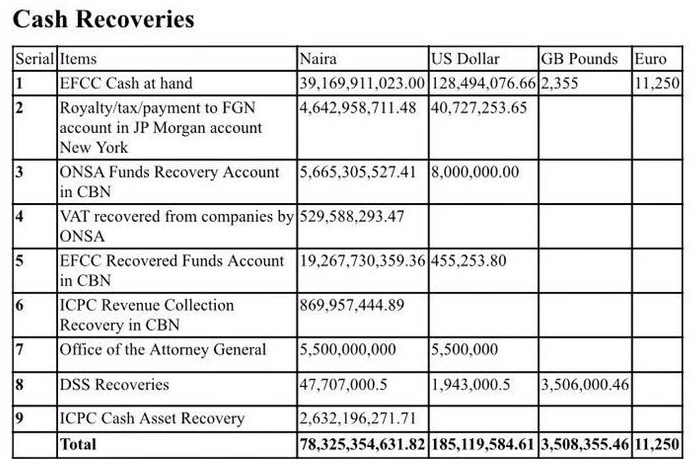 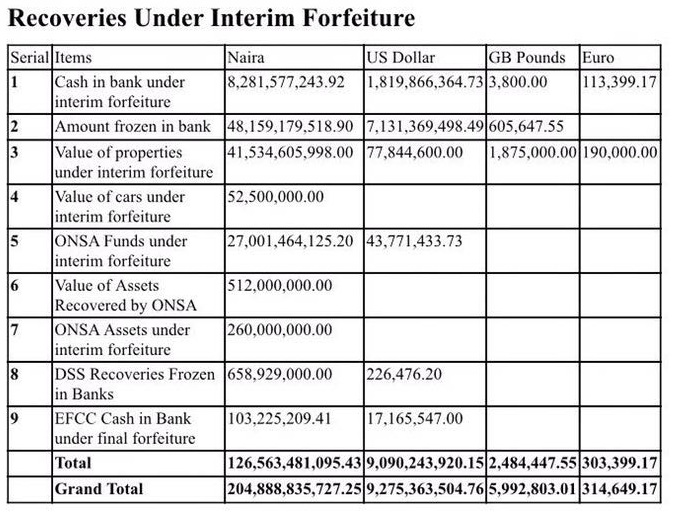 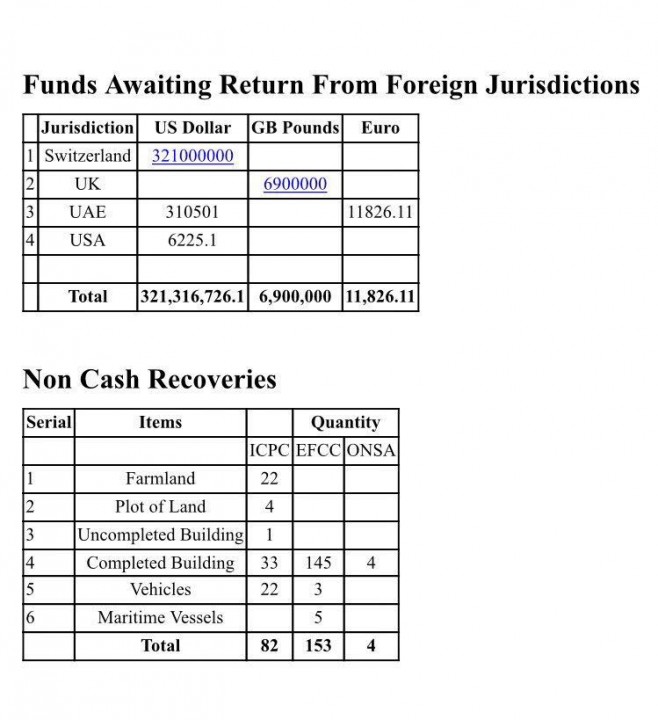