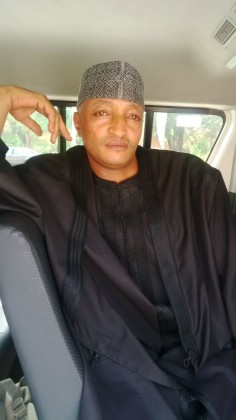 The Economic and Financial Crimes Commission,  EFCC,  on Thursday, June 9, 2016 , arraigned one Abdullahi Adamu Usman aka Dan China alongside his company,  Solid Unit Nigeria Limited, before Justice Yakubu  Dakwak of the High Court  of Plateau State (Court 2), Jos,  Plateau State,  on a two-count amended  charge bordering on conspiracy and obtaining money by false pretense to the tune of N23, 431,000. 00 (Twenty-three Million, Four Hundred and Thirty-one Thousand Naira).
The accused, who claimed to own a functional mining site, allegedly obtained the money from the complainant, Olajide  Olaleye,  Managing Director,  TTMW  Services Nigeria Limited, for the supply of Iron Ore and Zinc Ore.
However, the accused allegedly became evasive after receiving the money from the complainant.
Count one of the charge reads: ” That you Abdullahi Adamu Usman,  aka Dan China,  being the Director of Solid Unit Nigeria Limited,  Solid Unit Nigeria Limited,  and Yusuf Ali (still at large)  sometime in June, 2011 within the jurisdiction of the High Court of Plateau State did conspire among yourself  to commit an unlawful act to wit: obtaining money by false pretence and thereby committed an offence contrary to Section 8(a) and punishable under Section 1(3) of the Advance Fee  Fraud  and Other Fraud Related Offences Act,  2006”.
The suspect pleaded not guilty to the charges when they were read to him.
In view of his plea, the prosecution counsel, Aliyu Bokani Usman, asked the court for a trial date and pleaded that the accused be remanded in prison custody.
The defense counsel, Gyang  Zi, however,  prayed the court to grant the accused person bail.
Consequently, Justice Dakwak adjourned to Friday, June 10, 2016 for ruling on the bail application and ordered that the accused person be remanded in prison custody pending the determination of his bail application.
Meanwhile,  the Commission also arraigned the duo of  Nannim Tali and James Pwol,  both staff of Ministry of Finance,  Plateau State and one Njin Gyara, a staff of  Ministry of Health ,  Plateau State before Justice Dakwak on a 13-count charge bordering on theft to the tune of N5, 050,800.00(Five Million, Fifty Thousand, Eight Hundred Naira).
The accused persons allegedly conspired to steal the money, being fund for the payment of scholarships to students of College of Nursing, Jos; College of Health Technology, Zaman; College of Health Technology, Pankshin and College of Nursing, Vom, Plateau State.
Count two of the charge reads: “That you Nannim  N. Tali,  Njim  Gyara  and James Pwol  sometime in October, 2007 in Jos within the judicial division of the High Court  of Plateau State committed the offence of theft of N36, 400.00 only meant for payment of scholarship  to students of School of Nursing, Jos and you thereby committed an offence contrary to Section 286 of the Penal Code punishable under Section 287 of the same code”.
The accused persons all pleaded not guilty to the charges when they were read to them.
In view of their pleas, prosecution counsel, Eunice Dalyop, asked the court for a trial date.
Counsels to the accused persons, however, urged the court to grant their clients bail.
Consequently, Justice Dakwak granted the accused persons bail in the sum of N500, 000(Five Hundred Thousand Naira) each with two sureties in like sum. The sureties must have landed properties and must submit documents of same for verification by the court registrar.
The case has been adjourned to July 26, 2016 for commencement of trial.
Wilson Uwujaren
Head, Media & Publicity