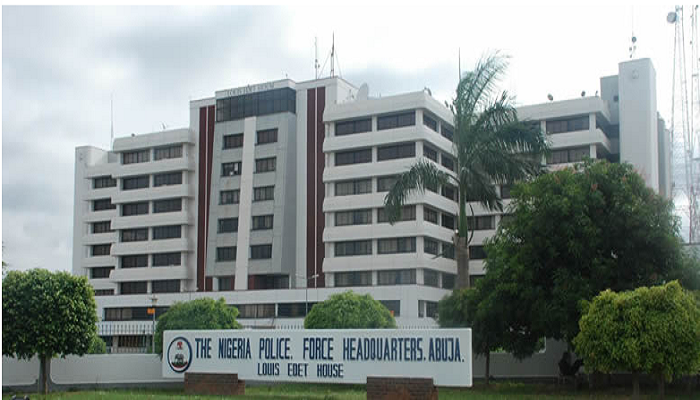 The Inspector General of Police(IGP), Solomon Arase on Monday commissioned the Police Finance House at The Force Headquarters Abuja.

The IGP got down memory lane, saying that the event was an outcome of a journey that started some thirty-five (35) years ago In June 1981, which arise from the necessity for the Force to take ownership in the preparation, defence and utilization of its financial resources.

“The Nigeria Police Budget Unit was established under the headship of Retired DIG Parry Osayande, NPM, CON, the former Chairman of Police Service Commission who was then a Commissioner of Police.

“Despite the establishment of the Police Budget Unit, the Nigeria Police Force did not enjoy the Self-Accounting status like its counterparts in the Nigerian Armed Forces and even the Para-Military services.

“This structure was considered inimical to accessing funds required for operational and administrative exigencies, taking into consideration the peculiarities of the Force.” He said.

Arase said that for those reasons, the Police Force was granted a Self-Accounting status in January 2014, by which the Inspector-general of Police becomes the Chief Accounting Officer.

“In this regard therefore, the Police Management has upgraded the Office of the Commissioner of Police, (Budget) to Assistant Inspector-General of Police, (Police Accounts and Budget). An organogram to meet this new structure has already been approved.

In addition, the Office of the Accountant-General of the Federation has posted Directors of Finance and Accounts and Internal Audit to work alongside with the Police Finance Officers.” He added.

Arase said that the edifice is meant to provide conducive working environment for the Finance Officers including the Civilian components that are scattered in various locations as a result of inadequate office accommodation.

The IGP reiterates the fact that modern accounting and financial processes are electronic-driven, and so the state-of-the-art ICT infrastructure are being provided as part of the facility, to ease integration into the various payment platforms of the Federal Government.

The IGP also acknowledged the contributions and support of both the Federal Government and the Nigeria Army Finance Corps in the developmental processes and training of personnel.

“Finally, I must recognize and commend AIG Abdul Salami Iyaji, the Assistant Inspector-General of Police in-charge of Nigeria Police Accounts and Budget Section for his ability to lead his team of highly knowledgeable and dedicated officers towards aiding the Force leadership in achieving this giant stride.

“I must, however, challenge you and your team to emplace a sustainable maintenance culture that will keep this edifice as befitting and attractive as possible.

“I also admonish you and your team to sustain and advance the professional ethos which has now become their trademark in the discharge of their schedules.

He urged officers to justify the high expectation which the Force leadership and nation will demand of them in their dual professional roles as Police Officers and Accountants.