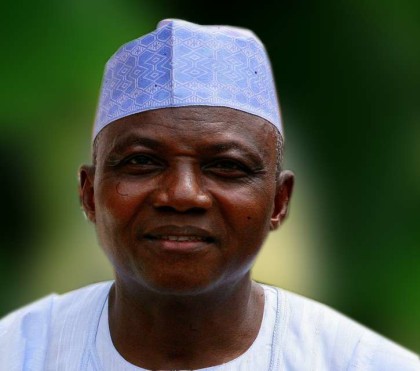 Senior Special Assistant to the President on Media and Publicity.

The recent agreement between the federal and state governments to implement a Fiscal Sustainability Plan, FSP marks a new level in President Muhammadu Buhari’s ambitions to cure the Government at federal and state levels of their corruption ills.

Before now, observers had noted the existence of a gap between what the administration is doing at the center and the business-as-usual going on in the states, without regard to the political party in power.

President Buhari campaigned on a platform of good governance and zero tolerance for corruption, promising to reign in the massive malfeasance in the the three tiers of the government in the country’s ecosystem. His victory at the polls is largely owed to his anti-corruption stance.

In twelve months of the new government, there is not a single whiff of corruption scandal from the administration. Which is unlike the past when the occurrence of fraud or scams was a weekly and sometimes a daily affair.

While he has waged this war, the like of which had never been seen before against corruption at the center yielding enormous successes in this period, corruption allegations continue to dominate the headlines in many of the states.

Now, it is clear, the government in Abuja is determined to redefine the relationship between the center and the states by bringing systemic reforms to curb corruption at all levels.

This is something the President had foretold in his inaugural address when he stormed into power on May 29th,2015.

Hear what he said:

“Elsewhere relations between Abuja and the States have to be clarified if we are to serve the country better. Constitutionally there are limits to powers of each of the three tiers of government but that should not mean the Federal Government should fold its arms and close its eyes to what is going on in the states and local governments. Not least the operations of the Local Government Joint Account. While the Federal Government cannot interfere in the details of its operations it will ensure that the gross corruption at the local level is checked. As far as the constitution allows me I will try to ensure that there is responsible and accountable governance at all levels of government in the country. For I will not have kept my own trust with the Nigerian people if I allow others abuse theirs under my watch.”

While he got on with his own part, fighting corruption most vigorously than ever witnessed,he clearly wasn’t content with his achievements for which he is getting richly-deserved accolades.

While it appeared to the impatient critic that the President was in a fix as to what to do, it seems clear by now that he merely waited in the lurch for the notoriously corrupt state administrations.

When he took office, he found out the two-thirds of the states, 27 precisely were in salary arrears. The new president considered this a national emergency and he promptly released funds from the Central Bank to bail them out all.

Some of the accounts that trailed the spending of the bailout funds are, to say the least, quite unsavory.

President Buhari bided his time. Now that salary arrears have accumulated one more time and the states are back again asking for more money, he is saying to them that there is no more free ride for anyone.

The Nigerian Governors Forum, acting on a vision of their own or in somewhat anticipation of the President’s mind set up a committee chaired by the extremely brilliant governor of Kaduna State, Nasir El-Rufai which provided the framework for a new bailout scheme.

Based on it, a grand plan was put together imposing new and stringent requirements for states accessing a N90 Billion Naira loans.

So far, as disclosed at the end of the last National Economic Council,NEC meeting by the Governor of Akwa Ibom state Mr. Udom Emmanuel, only five states have qualified to access the new facility.

The Minister of Finance, Kemi Adeosun who introduced the measures as part of a broader push for increased transparency and war against corruption was quoted extensively by The Nation as saying that “governors unanimously approved the plan; the commissioners (of finance) endorsed the plan; they know it is going to involve a lot of hard work in some cases.”

What are the states required to do to draw from the loan?

Minister Adeosun itemized some of the conditions: “they have to clean out their ghost workers, set up efficiency units, reduce their recurrent expenditure, publish their accounts and also publish their budgets.”

She went on to highlight five strategic objectives as the price governors and their states will have to pay if they want their states are to reduce corruption and be fiscally sustainable.

These five objectives are the improvement of accountability and transparency; increasing public revenue;rationalizing public expenditure; improving public financial management and having a sustainable debt management profile.

The specific conditions for accessing the new loans include:

More of the set conditions include quarterly reconciliation meetings between the federal and state governments on VAT, PAYE taxes and other accounts as well as the sharing of databases among them on companies in their domains; setting limits on personnel expenditure vis-a-vis capital spending; biometric capture of employees on payroll; introduction of continuous internal audit and, the hardest of all, the federal government wants the states to strive to attain credit rating!

This, without gain sayings, is a tall order but as it is everywhere, tackling corruption in Nigeria is a massively herculean task, but not one that is insurmountable.

The generous dose of support for the policy options for decreasing the heist by the states is one such reason for optimism. By generally accepting to support the anti-corruption reforms enunciated by Abuja,states of the federation have sent a powerful message to the international community that corruption is equally a concern for them. Prospective investors have worried all the times they sought to get into the Nigerian markets that corruption played into their evaluation and assessment and it badly hurts. All must therefore be on the same page. Failure to tackle corruption,as the President has repeatedly warned, is having serious consequences for the nation’s development and its existence as an entity. “We kill corruption or corruption kill us,” says the President. And it is easy to see how this can happen: unfettered corruption can diminish the faith of ordinary citizens in the rule of law which leads to failure of democracy as a system of government, and in turn the failure of states.

It is with a view to waging a very successful war that government is showing a willingness to work with all stakeholders; with all anti -corruption forces including civil society,political parties,states and local governments. This is the only way it can work.

It may have taken some time for the federally financed anti-corruption spotlight to shine on the states, given how terribly wrong things had been in the past but the real shame of it is in the fact that citizens aren’t still demanding accountability in their states.

Now that federal and state governments have unveiled a borrowing plan richly spiced and flavored with anti-corruption substance, it is hoped that the patently induced-hurdles will force reluctant states into line.

The Ministry of Finance for their part should do all it can to ensure that the barriers to entry are not lowered for anyone, party member or not.