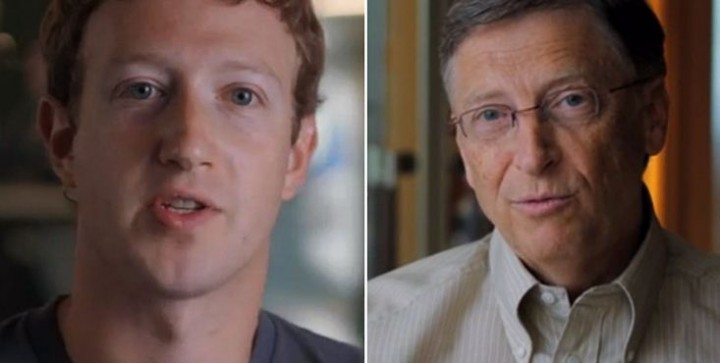 Founder Microsoft Corporation, Bill Gates and Mark Zuckerberg, co-founder of Facebook have lost 3.4 billion dollars to the decision of the British voters to leave the European Union (EU).

Gates, the world’s richest man, in context, lost is more than the entire wealth of Nigeria’s richest woman, Folorunsho Alakija, who – according to Forbes – is worth 1.73 billion dollars.

Global markets erased another 69.2 billion dollars from the combined net worth of the world’s 400 richest people on the first trading day of the week after the Brexit vote, bringing total loss to 196.2 billion dollars in 48 hours.

The pain on Monday was felt most by Europe’s wealthiest, as 92 billionaires lost 29.4 billion dollars, bringing their two-day decline to 81.7 billion dollars.

China’s 26 billionaires lost one billion dollars on Monday, bringing their two-day total loss to $5 billion, with a 7.4 per cent (18.7 billion dollars) decline in 2016.

Georg Schaeffler, Germany’s third-richest person, fared the worst on the index with 1.9 billion dollars trimmed from his net worth.

Amancio Ortega, a Spanish retailer, who is Europe’s richest person, lost 1.5 billion dollars.
While others lost, there were 69 billionaires on the index who added to their fortunes after the Brexit vote.

Takemitsu Takizaki, founder of Osaka-based Keyence, a maker of electronic sensors, led the gainers with an increase of 579.3 million dollars.
Tadashi Yanai, Japanese retailer and chairman of Tokyo-based Fast Retailing Co., was behind him with a 552 million-dollar rise.

Nineteen billionaires on the index added more than 100 million dollars on Monday.