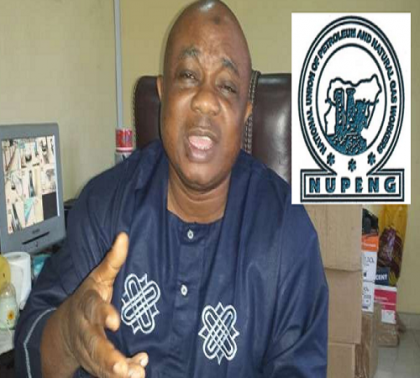 The Nigerian Union of Petroleum and Natural Gas Workers (NUPENG), South-West Chairman, Mr Tokunbo Korodo, has advised the Federal Government against the issuance of bailout funds to state governments for the payment of workers’ salaries.

Korodo, gave the advice in an interview with the News Agency of Nigeria (NAN) in Lagos on Saturday.

The disbursement of bailout funds to the states was necessitated by the prevailing economic challenges which resulted in the non-payment of workers’ salaries by many states across the federation.

The state governments received N713.7billion as bailout funds from the federal government, to defray the backlog of salaries.

Korodo urged the state governments with huge salary arrears to look inwards and find new ways to generate revenue, without waiting for monthly allocations from the federation account.

He regretted that most state governments in the country had too many aides that were a big drain on their resources and advised them to downsize, to save costs.

“Governors from the 27 state governments that cannot pay the monthly salaries of their workers should look inwards to find new ways of making money to settle their wage bills.”He said.

Korodu suggested the revival of agriculture is a credible alternative to the current over-dependence of such states on revenues from the federation account.
He also advised governors whose states are affected to beef up their audit to block all existing leakages in revenue generation in their states.