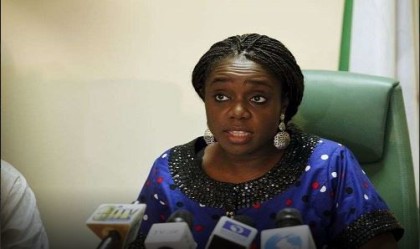 The Federal Government said it would continue to ensure discipline and accountability in the spending of public funds.

The Minister of Finance, Mrs Kemi Adeosun made the remark at a 2-day retreat on Revenue Generation in Kano on Thursday.

She said the measure was necessary in order to ensure maximum utilisation of public funds for provision of the much needed infrastructure in the country.

According to her, the government is committed to identifying all sources of revenue in view of the dwindling oil revenue.

The Minister said the country could not continue to operate as an old economy in view of the daunting economic challenges bedevilling the country.

“Nigeria must look inward to improve its revenue base. We must give suggestions on the way forward in the interest of the country, “ she said.

He said part of the measures taken included the restructuring of the state internal revenue board with a view to ensuring optimum performance.

According to him, the government had also identify various sources of revenue generation such as tenement rate, land use charges as well as capital gain tax and withholding tax among others.

He also disclosed that the state government had engaged the services of technical consultants to assist the it in the collection of the revenue.

“We have also opened a single revenue account where all internally generated revenue accruable to the state are being channelled,” he said.

Earlier in his remarks, the Director, Special projects and retreat Coordinator, Mohammed Dikwa, said the retreat was aimed at addressing the challenges in revenue generation in the country following the drastic fall in oil price.

NAN reports that the retreat, which is being attended by revenue officers of various MDAs and other relevant stakeholders, has its theme: Enhancing Revenue Generation for Sustainable National Development. (NAN).