The Nigerian government says it will release an additional sixty billion naira, N60bn, next week, as part of  ongoing efforts to tackle infrastructure deficit and facilitate revitalization of the economy. 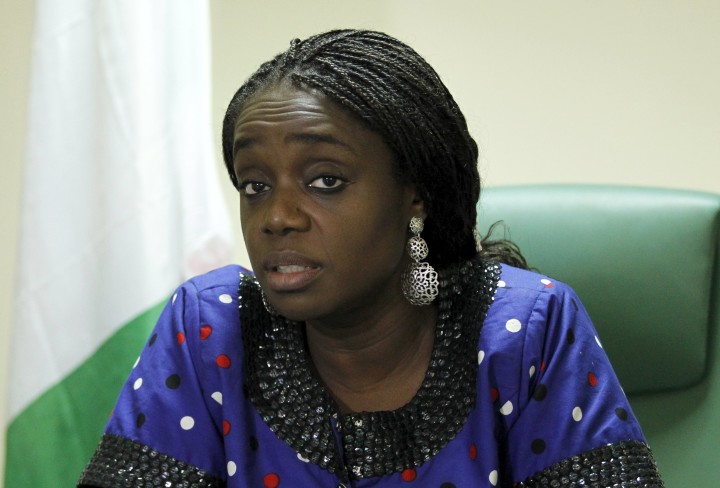 Finance Minister, Mrs. Kemi Adeosun disclosed this on Thursday while addressing Senators on the state of the country’s economy since the 2016 budget came into effect. She said all the releases made so far were fully cash backed.

A breakdown of the money released shows that =N=170 billion was given to the Ministry of Works, Power, and Housing, with works alone getting =N=74 billion in two months, and Agriculture received =N=21.6 billion within the same period.

The Finance Minister told the legislators that all Agricultural equipment now come into the country at zero percent (0%) custom duty, stressing that it will aide government’s economic diversification efforts and improve the drive towards food sufficiency.

According to her, the prospect of Nigeria’s economic recovery before the end of 2016 is very bright despite the present hardship facing the people.

“We will grow out of this economic challenge and bounce back better in the next few months,” she assured.

She said that the Federal government decided to release the monies strategically as part of its stimulus package to drive the economy.

Mrs. Adeosun confirmed that government did not give bail out to distressed states to pay salaries, stressing that states were now being encouraged to look inwards to develop agricultural produce that could help them expand their internally generated revenue platforms and avoid the crisis associated with nonpayment of salaries.

“Federal Government did not give money to the states to pay salaries but what we did was to provide risk guarantee that will enable the states to expand their borrowing capacities with the commercial banks.”

Meanwhile, President Muhammadu Buhari has requested the Senate to confirm the appointment of the Chairman, Managing Director, and members of the Niger Delta Development Commission (NDDC).

In two separate letters addressed to the Senate President and read on the floor of the Chamber, President Buhari also sought Senate’s confirmation of two Supreme Court judges.

The new Judges of the apex court are, Justices Ejembi Eko, from Benue state in north central Nigeria, and Amina Augie from Kebbi state in North West Nigeria.

In another development, the Senate also in Thursday plenary passed the re-enacted Nigerian Railway Corporation Act, to facilitate the ongoing development of all rail projects across the country.

The lawmakers thereafter adjourned proceedings till September 13 to enable them embark on the annual holiday of the legislature.