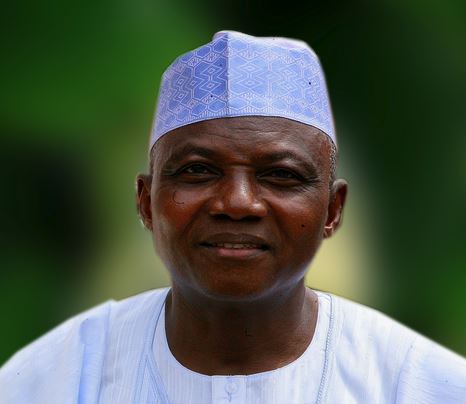 The Presidency has said that it is as incorrect as it is unhelpful the claim by the London telegraph that Nigeria is diverting UK aid monies away from defeating the Islamist terror group Boko Haram towards those the newspaper identifies as political opponents of the Administration.

The Presidency refuted the claim in a press release issued by the Senior Special Assistant to the President on Media and Publicity, Garba Shehu on Monday in Abuja.

He said the newspaper’s article “Children Face Death by Starvation in Northern Nigeria” (30th July, 2016) repeats the claim from an earlier piece

“These claims in both articles are attributed to an unnamed “source” in the United States, and “Western officials”. Yet when the first article was published it drew the condemnation of the US Embassy in Abuja as having drawn conclusions directly opposite to the position of the US government.

Shehu said that in a Similar manner, the Nigerian Government is in no position to divert aid monies used for emergency relief for refugees or IDP camps for any other purpose, as these are dispensed directly by DFID, USAID, the United Nations, the International Red Cross, Doctors without Borders and many other organizations – with which we enjoy excellent relations.

he added that the the humanitarian situation in these camps is real.

According to him, the Administration remains deeply concerned about the medical, health and nutrition challenges and we are doing everything with the limited resources we have at our disposal to improve the situation.

“However, the blame for the plight of refugees lies with Boko Haram.

“They are its cause, not the Nigerian Government.” Shehu said.

He said that in the light of ongoing efforts, the presidency regrets the recent attack on the UN humanitarian convoy in the Northeastern region and are encouraged by the world body’s determination to continue rendering assistance to the displaced victims.

Shehu said that the attack repelled by Nigerian troops escorting the convoy shows precisely how the Government and humanitarian agencies are working together.

“As for claims that the Administration is targeting Christians and the opposition, these are without foundation.

“Since assuming office, President Buhari has treated all Nigerians without bias for ethnicity or religion – as the composition of his cabinet and the policies and programmes of his Administration demonstrate.

“To suggest his government as deepening Muslim-Christian division is not only untrue, but plays into the hands of Boko Haram who wish to divide Nigerians along religious lines. Fighting this group is key priority of President Buhari’s Administration.” He added.

SSA to the President stressed that the international community has widely acknowledged his determination to defeat terrorism in Nigeria and the entire Lake Chad Basin.

He said that there is nothing to gain by attempting to mould public opinion against these facts.

“Therefore we invite The Telegraph to visit Nigeria: to witness first hand not only the challenges we face, but the Administration’s determination to confront them.” He added.