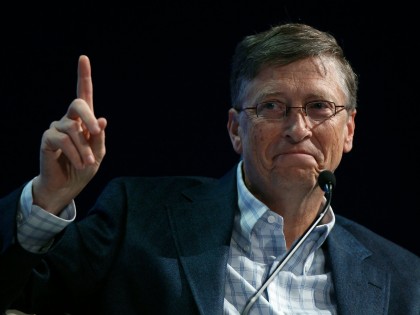 Isa Gusau, Maiduguri: Governor Kashim Shettima on Sunday flagged off the distribution of food items and farm outreach targeting 40,000 victims of the Boko Haram insurgency through the support of the Bill and Melinda Gates Foundation which donated one million dollars to the Borno State Government as a post conflict intervention that is meant to support victims who are returning to their communities.

Governor Shettima launched at the support with the distribution of 25 kilogram bag of rice and 10 kilogram bag of beans to each of 1,100 households at Mainok village in Kaga local government area, 45 kilometers away from Maiduguri. The Governor announced that officials of the State Government working with the Gates Foundation used the $1m to procure the food items and commenced funding of 100 hectares of farm where beans is being cultivated. He explained that 200 farm-families will be allocated tilled and fertile land measuring half hectare each along with improved seeds, fertilizer, chemicals and technical supervision so that they can start growing food crops. The Governor also announced the release of two trucks of maize grid to add to the food procured with Gates donation.

“We are grateful to God for creating people like Mr Bill Gates and his dear wife, Melinda. These leading lights of philanthropy across the world have shown love to the good people of Borno State at a time we are on the ground and looking for any hand to hold in trying to lift ourselves up.

Now, with the emerging peace in Borno State, it is only necessary that as Post Insurgency response, focus should be combined in supporting all categories of the victims from those at Internally Displaced Persons, those in communities within Maiduguri, those in our satellite camps outside Maiduguri, those in communities across different local government areas who are returning to their homes and those being resettled.

It is in this regard, that we are gathered today to Flag off the distribution of a key intervention of one million dollars food and farming aide donated by the Bill and Melinda Gates Foundation. Let me say it for the record, that unlike majority of interventions which happily came to us in kind, the Bill and Melinda Gates Foundation donated cash of one million dollars to the Borno State Government. It is the State Government that is carrying out procurements in the implementation of this particular intervention. The intervention is targeting returning and re-settling communities by giving them food aide and also helping them to return to their familiar ways of producing food for themselves and for commercial purposes.

The intervention from the Bill and Melinda Gates Foundation is being used for food supplies and to fund farming activities for households. As a preliminary stage, beans is being cultivated in one hundred hectares of land. Half hectare is being allocated to a farm-family with a target of reaching 200 households. Each household may have from 2 to 10 family members. Already, farms have been established in Konduga and Damboa. Each household is to be allocated not only tilled and fertile land but also improved variety of seeds, fertilizer, chemicals and most importantly, technical field supervision by extension workers.

On the food aspect, one thousand, one hundred households, not individuals, will be given a 25 kilogram bag of rice and a 10-kilogram bag for each household here in Mainok, Kaga local government area. The intervention aims at reaching 40,000 victims of the insurgency through households on both food aide and farming activity. We are particularly interested in ensuring that citizens begin to produce food crops in safe locations because direct food aide in post conflict situations is never sustainable over a long period of time” Shettima said.

Officials of the United Nations High Commission for Refugees (UNHCR) and United Nations Office for the Coordination of Humanitarian Affairs ‎(UNOCHA) witnessed the distribution with good will presented by them.

The Commissioner for Reconstruction, Rehabilitation and Resettlement in Borno State, Dr Babagana Umara Zulum explained that two trucks of food items as well as two farms in Damboa and Konduga funded through the Gates donation were ‎ready for immediate access on Sunday while more communities were to benefit in a continuous exercise.