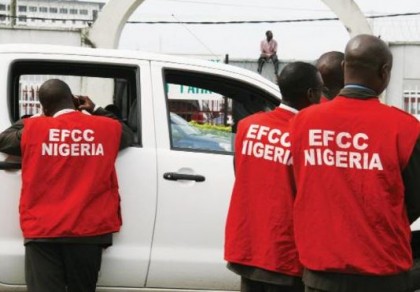 He had earlier made a refund of One Million Naira (N1, 000,000.00) out of the Twelve Million, and Sixty Thousand Naira (N12, 060,000.00) that was disbursed to the local government area in the build-up to the 2015 presidential election. Adamu admitted to the zonal office of the Commission during interrogation that he signed and collected the said amount in the presence of Hon.

Marcus Bulus Makama, a current member of the Bauchi State House of Assembly and former caretaker chairman of the local government, Mrs. Hasanna Arkila who signed as witnesses for the collection of the amount. All the suspects reported to the zonal office of the Commission. and agreed to return the money to the Commissio