The World Is Waiting To Hear Our Stories

The Minister of Information and Culture, Alhaji Lai Mohammed, has said it is time for Africans to explore the platform created by the ongoing digitization in broadcasting to tell their own story from different perspectives. 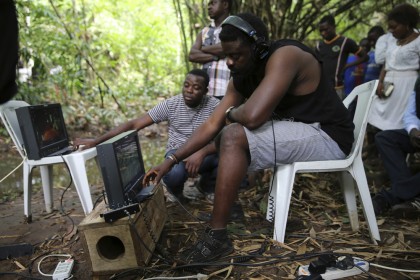 Segun Adeyemi, Abuja: The Minister made the remarks in Lagos on Sunday at the launch of the television reality show, tagged “My African, a Reality TV Show”.

“The world wants to hear our stories and are ready to pay a lot of money for it. This is evident in the runaway success of the dance drama ‘Wakaa The Musical’, which was performed to global acclaim in London recently. We just need to make the product of the right quality and accessible to all,” he said.

Alhaji Mohammed thanked the organizers of the event for putting up a creative platform to promote the African culture, saying the programme is coming at a critical point in Nigerian history as the nation seeks to lay the proper foundation for a very vibrant and productive economy.

“The free fall of oil prices is a blessing in disguise as it is pushing and teaching us to harness all our natural and creative resources to build a new economy that will not be dependent on just natural resources,” he said.

The Minister said the present administration has realized the huge potentials of the creative industry in stimulating economic growth and job creation, hence the renewed vigour to promote the industry to the mainstream by enacting the appropriate laws and providing subsidies, financing, and Infrastructure required to achieve the desired goals.

”My Ministry has the responsibility for the entire breath of the Creative industries – Film, Radio, TV, Music, Arts, Production, Advertising etc. Therefore, we are being called upon to chart a path for the development of our creative industries. Our focus will be on: Mass creation of jobs and development of skilled and managerial abilities, formalising and growing the export of all aspects of the industry so that it becomes a significant foreign exchange earner for the country and provision of key infrastructure that will encourage local and foreign investments into all the key aspects of the Creative Industries,” he remarked.

The Chairman of the occasion, Chief Adewale Adeoye, said the project was conceived to reflect Africa not in terms of misery and poverty but a joyous continent driven by a vibrant culture.