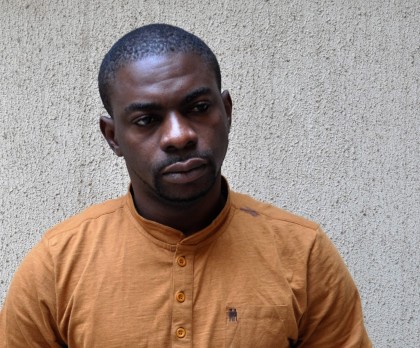 Wilson Uwujaren, Abuja;
The Economic and Financial Crimes Commission, EFCC, on Tuesday, August 23, 2016, arrested one Iwuchukwu Martin Uche for obtaining money under false pretence to the tune of USD145, 000.
Uche, who claimed to be a military officer working for the North Atlantic Treaty Organization, NATO in Kabul, Afghanistan allegedly, collected the money from his victim, H. Uyen, a Viatnamese woman, after promising to marry her.
The suspect, who also claimed to be a property agent operating in Nigeria and Ghana, allegedly told the victim that he needed the money to procure some documents for the planned wedding.
The money was allegedly wired to the suspect’s Diamond Bank account number:  0028998256.
The suspect will soon be charged to court, after investigation is concluded.