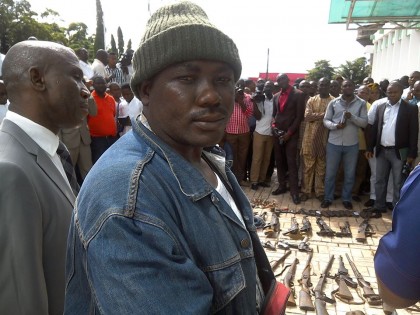 The Police in Benue said they wanted Akwaza, popularly called Gana, for his alleged involvement in the killing of Ortom’s security aide, Mr Denen Igbana and rustling of over 3,000 cattle in the state.

Meladu said that the Security Council had also directed the Commissioner of Police to re-open the case of the Catholic priest in the state who was kidnapped and assassinated.

The state governor, Samuel Ortom has announced N5 million reward for anyone with useful information that would lead the security agencies arrest his former amnesty boss, Terwase Akwaza.

Mr Bem Meladu, the acting Secretary to the State Government (SSG), made the announcement on Wednesday in the state capital in Makurdi while addressing newsmen at the end of the state security meeting.

He said that the reward was to facilitate the arrest of Akwaza, who is on the run from police arrest.