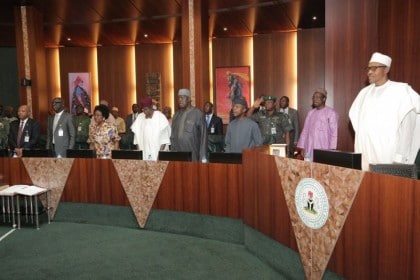 Permanent Secretary to the Ministry of Finance Mahmoud Isa Dutse disclosed this at the close of the monthly federation accounts allocation committee meeting where 443.66 billion naira was distributed between the three tiers of Government as revenue generated in the month of July.

However that revenue was almost halved in July as gross statutory revenue declined by 250.97 billion naira.

The increase in amount shared was occasioned by a recovery of 1.373 billion naira excess bank charges, exchange gain as well as arrears of 36.494 billion naira from the month of May.

Lagos will soon join the league of oil producing states receiving 13% derivatives and journalists were informed that so far no state funds are being held to repay bailout funds.