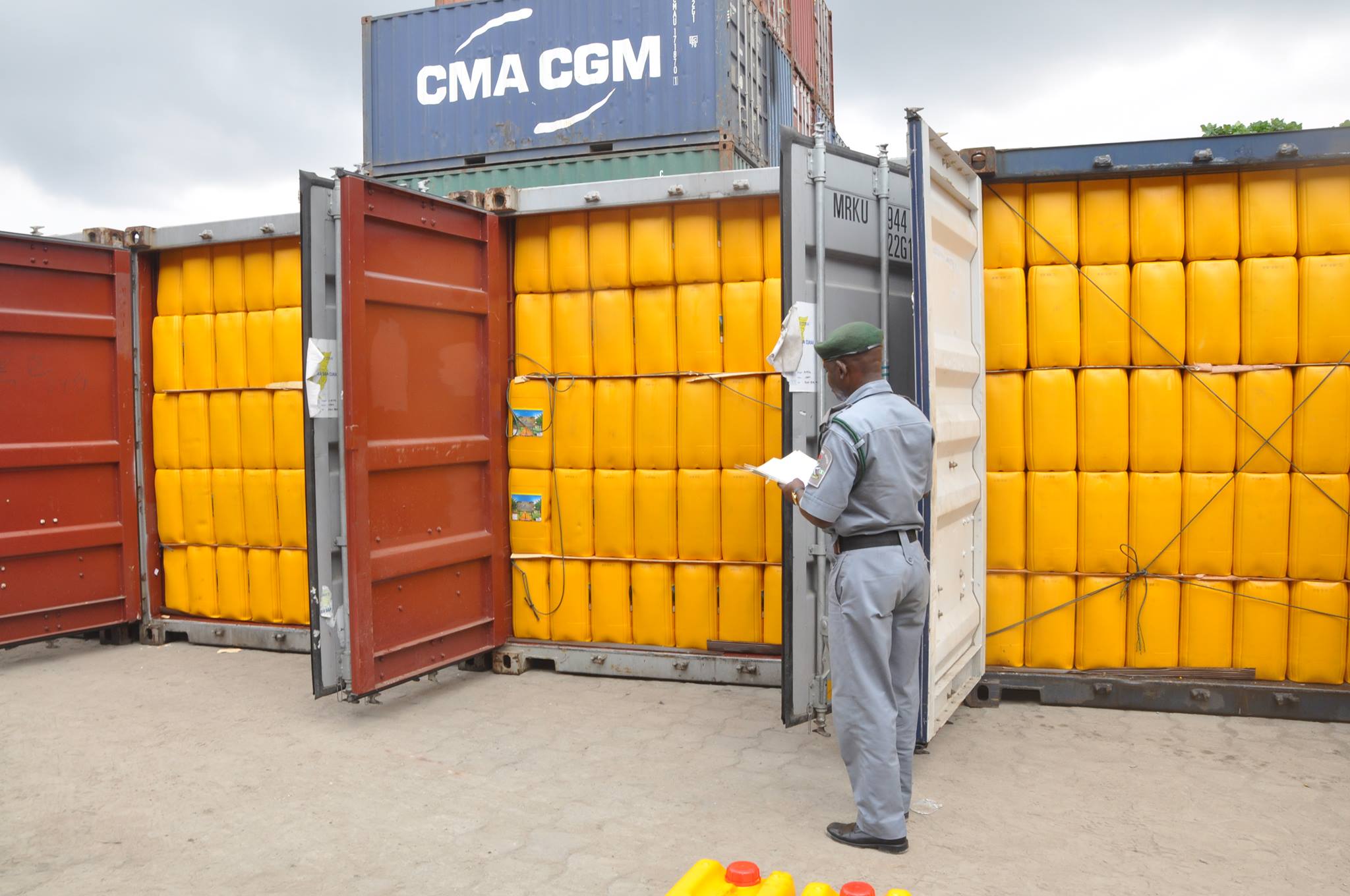 Uche Ejesieme, Tincan Island: In a renewed vigor and enthusiasm of the Tincan Island Port in blocking all flashpoint for Revenue leakages, the Command recently intercepted twenty (20) Containers of Vegetable Oil wrongly declared as Disodium Phosphate.

This declaration was made by Bashir, Y. U, the Customs Area Controller while on a routine visit to the Terminal. He stated that a certain clearing agent named PATWED INVESTMENTS COMPANY presented three (3) Single Goods Declarations (SGDs) with C-No. 102101, purporting to be having seven (7) containers of 7588pk of Disodium Phosphate, while another seven (7) containers and six (6) respectively had different pkg of the same consignment – DISODIUM PHOSPHATE.

Speaking further, Bashir, the Controller stated that “upon 100% examination with other relevant agencies, it was discovered that none of the containers had Disodium Phosphate other than 25kg kegs of Vegetable Oil.”

Answering questions on the implications of such infraction, the Controller maintained that his Command will stop at nothing in its resolve to ensure that 100% examination is conducted on all cargoes so as to nip all manner of infraction in the bud in line with the change mantra of the Federal Government and the Comptroller General of Customs.

Speaking further, the Controller pointed out that painstaking investigation will be conducted to identify those behind the illicit act for prosecution. On the legal implications, the Controller pointed that the importation contravenes the import regulations, particularly sections 46 & 47 of the Customs and Excise Management act, CAP-C 45 Laws of the Federation as amended.

The Controller commended the seizing officers for demonstrating due diligence and professionalism in the discharge of their official functions.

He vowed to deal decisively with non-compliant importers or their agents while assuring those who are compliant with the extant laws of his readiness to ensure facilitation of their legitimate trade.