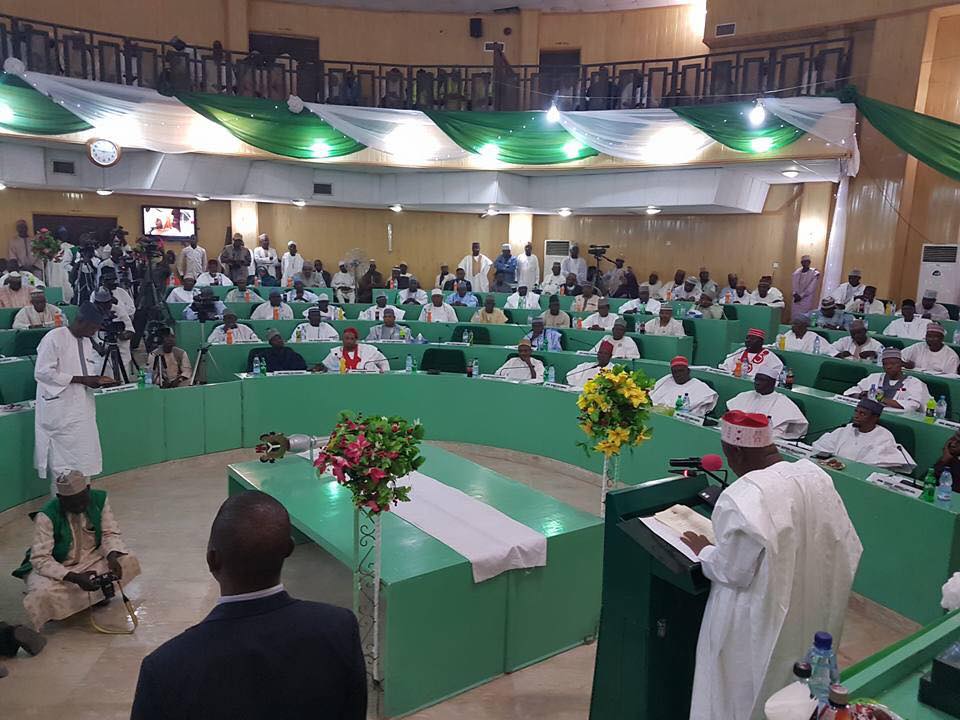 Salihu Tanko Yakasai, Kano: Governor Abdullahi Umar Ganduje of Kano state today presented an appropriation bill of N209, 857,330,488 for the 2017 fiscal year to the state House of Assembly for ratification.

Further breakdown of the budget, as given by Ganduje, shows that the Public works and housing sector got the lion share, receiving an allocation of N43.72 billion for construction of several municipality and urban roads, bridges, a modern abattoir in Kano city, completion of some underpass roads and commencement of the city light rail project, among others.

Education got the second largest share of N17. 5 billion, Land and Physical Planning, N16. 8 billion, Water Resources has N13. 5 billion, even as Health got an allocation of N10. 74 billion.
In the same vein, N6.6 billion was earmarked to the various Agricultural programs and projects in the state, Environmental protection was allocated N1.7 billion, Commerce and manufacturing, N1.7 billion, while N1.25 billion was set aside for Information and Sports.

Other sectors such as Women Affairs and Social development and the state Judiciary were allocated the sums of N854 million and N702 million respectively.

Responding, the Speaker of the state House of Assembly, Alhaji Kabiru Alhasan Rurum pledged to organize public hearing on the bill to seek input of the people, assuring it will be granted expeditious passage.