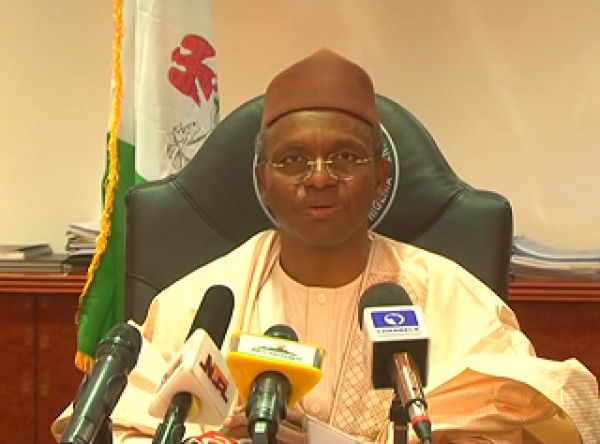 The state governor, Malam Nasir El-Rufai, presented the draft budget of Jobs, Social Justice, and Equity to the House of Assembly on 12th October 2016.

Commending the lawmakers for their effort in scrutinizing the draft budget, the governor noted that the lawmakers approved a budget that is N1bn lower than the draft estimates. “We are proud of the Kaduna State House of Assembly for not padding or inflating the budget,’’ the governor said, praising the diligence brought to the budget work.

The draft budget size was N215bn, set at expansionary levels to help drive recovery amidst the recession. Its capital to recurrent ratio was 60:40.

Education, Infrastructure, and Health got the biggest budgetary allocations. Muhammad Sani Abdullahi, the commissioner for Budget and Planning, explained the sectoral allocations: Education (N44.84bn), Health (N10.49bn), Water (N8.6bn), Infrastructure (N24.50bn) and Agriculture (N4.6bn). These confirm the government’s strong commitment to pro-poor programmes and to the provision of facilities to attract job-creating investments to the state.

The 2017 budget is designed to deliver the following outcomes:
• Completion of the Zaria Water Project
• Unprecedented Rebuilding and Equipping of Schools
• A massive programme to rehabilitate, maintain or rebuild Township Roads
• Creation of a green economic zone – an Agro-Industrial Park along Abuja Road
• Provision of infrastructure in Mining Sites and Rural Areas
• Conversion of Doka Hospital on the Kaduna-Abuja Expressway into a Trauma Centre
• Expansion of the Post-harvest price support for farmers
• Anchor Borrowers Programme for six crops of comparative advantage,
• Kick-off the Kaduna Light Rail Phase to link Rigachikun with the Refinery, and
• Implementation of an Emergency Nutrition Intervention Programme to reduce malnutrition and hunger amongst our poorest citizens and children.

Speaking at the presentation of the draft estimates, Malam El-Rufai explained why Kaduna State chose an expansionary budget.

“We are convinced that the pursuit of economic recovery must now be a national focus. Even with the limited influence any of the 36 states can alone exert on our national economic fortune, we can encourage some buoyancy in each of our states and collectively support the effort of the Federal Government to secure economic recovery. Moments of recession have an outsized adverse effect on the most vulnerable and we must not let it persist.

“Therefore, we reinforce our commitment to social justice by retaining high levels of spending on our social programmes. Social justice obliges us to sustain investments in Education, Health, Infrastructure and Social Development.”

Based on the lessons learned from the 2016 Budget, the government is strengthening implementation and monitoring mechanisms, including the establishment of a Result Delivery Unit.