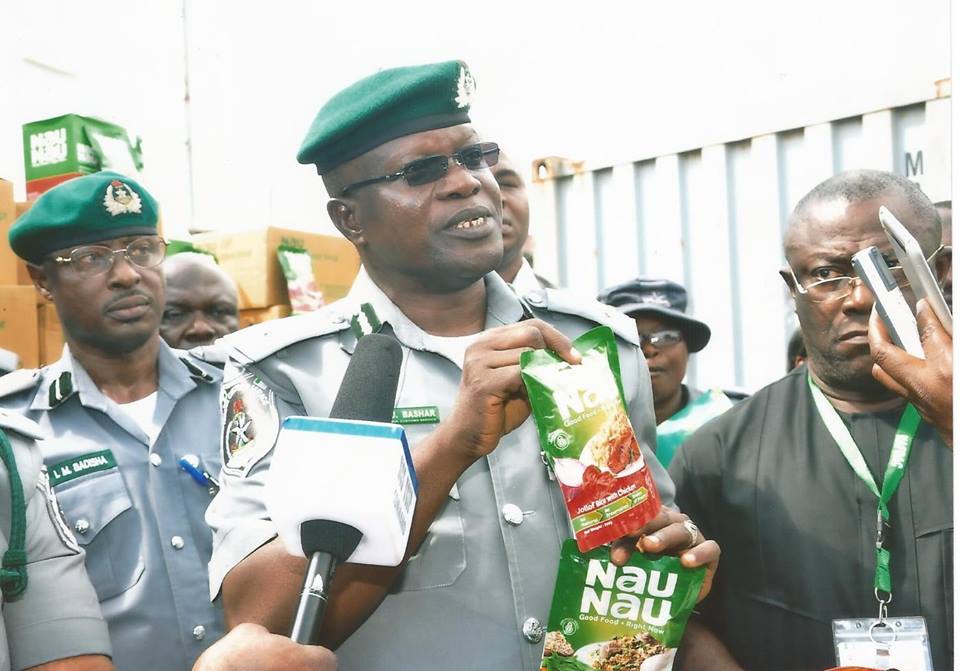 Uche Ejesieme, Lagos: The Nigeria Customs Service, Tincan Island Port have generated 25.7 billion in the month of November, 2016. This was disclosed by the Customs Area Controller Comptroller Bashar Yusuf during a session with some critical stakeholders in his office recently.

The Controller stressed that the Command, will continue to explore all avenues for maximum revenue collection, in view of the exigencies of the moment, which has placed more responsibility on the Service. Addressing stakeholders at the premises of SDV/SCOA where he had gone to handover a 1 x 20ft container of “READY TO EAT FOOD” preparations like – Egusi Soup, Jollof Rice, Ogbono, Yam Porridge etc, the Controller described the scenario as an aberration considering the fact that the Federal Government of Nigeria in her wisdom granted zero duty for the importation of machinery for the packaging of Agricultural products into the country, and wondered why an indigenous menu would be imported into the country at a time when investors are much sought for to boast local Industries.

Speaking further, he charged would be investors to look at the export potentials which abound in the country and take advantage of same for their Socio-Economic benefits.

In a related development, while briefing a group of senior officers undergoing training programme in the Command, the Controller admonished them to see professionalism, integrity and transparency as their watchword, while also ensuring effective leadership and supervision in their areas of official duty. 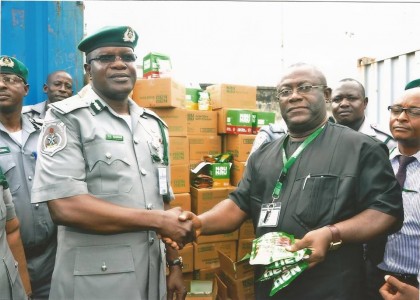 He stated categorically that the various trade facilitation tools as provided in the automation of Customs procedures will guide them in the discharge of their functions and charged them to see training and re-training as a veritable tool that will sharpen their reflexes towards achieving desired results.
Finally he expressed appreciation with the Comptroller General of Customs Col. Hameed Ali (Rtd) for effectively re-positioning the Service to the extent that despite the global recession, NCS is still working tirelessly to remain on top of their statutory mandate. He noted that it could not have been possible if not for the pragmatic leadership of the Col. and his Management.

“In this era and dispensation, officers are expected to be above board with a deep sense of commitment and responsibility in the discharge of their functions”. He added that the change ideology of the Comptroller General must be given priority attention and warned that failure to key into the new order will be seriously sanctioned.