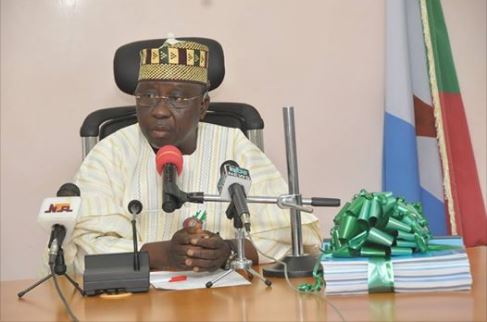 His Excellency Umaru has made it known that Nasarawa State has accessed the sum of eight billion, four hundred million Naira (N8.4) as Paris Club over deduction refund which would be shared with the state receiving N5.4 billion and the Local Governments receiving N3 billion.

Gov. Almakura who disclosed this during the presentation of the Tripartite Committee Report in the presence of His Excellency the Deputy Governor, Government officials, Labour Leaders and representatives of the Federal Ministry of Labour at the Government House.

Ta’al Circle reports the Governor made it known that the state would warehouse separately the sum of N2.7 billion to be used only for augmentation of salaries and pensions, which would take effect from December 2016 and the same would apply to the Local Government.

He said that the money would be used to augment salaries and pensions which would be very low due to the very low allocations coming to the state from the Federation Account such as this month that the state only got 1.5 billion (and still had some first line charges to pay )and would have to commit N 810 million towards payment of salaries and payment of July balance.

Lastly he said that it was hoped that as we enter the year 2017 that the allocation given to the state would improve, but the funds kept aside would be used to ensure the workers received fair wages for as long as possible.