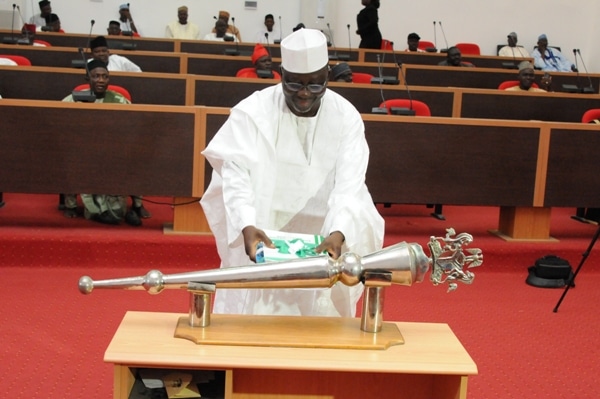 Nasarawa State Paris Club Refund: 100% For December Without Road Map of How The Arrears Would Be Paid – Barr. Haruna

I had the privilege of listening to the Nasarawa state commissioner for Local Government in an Hausa programme on radio two days after the Court had delivered judgement that declared the appointment of the interim Management Committee in the state unconstitutional saying that Nasarawa had not received a dime from the Paris Club over loan deduction and are also not aware of any judgment of the court Court over the interim Management Committee.

Few days, there was an announcement and information across the social Media that Nasarawa State received N8.4 Billion as Paris Club Over Deduction Refund. We have also seen a Notice of Appeal at the appeal registry, Lafia challenging the said judgment the denied knowledge of the said issue. That only explained the character of the government.

What is more worrisome is the government resolution to pay %100 of December emoluments to the Local government Staff without providing a road map on how the arrears would be paid. This is a clear case of impunity which is contrary to the objective of the fund.

If our Local Government system is allowed to be relegated to this level, then we are not ready to turn a new leaf in our history. I always emphasized that injustice anywhere is a threat to Justice every. Barr. Haruna S. Iliyasu Favour.