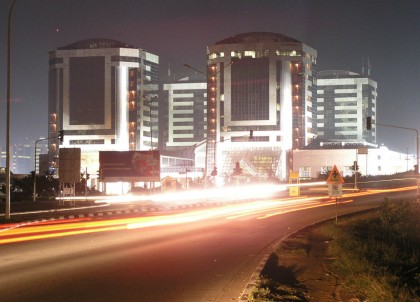 For conceptualizing, structuring and delivering an oversubscribed deal in a challenging macro-economic environment, the Joint Finance Team of the Nigerian National Petroleum Corporation, NNPC and its Joint Venture Partners, Chevron Nigeria Limited have clinched the prestigious Thomson Reuters /PFI Magazine “Africa and Middle East Oil Deal of the Year Award 2015’’.

The NNPC in a release stated that the award is in recognition of the novel $1.2 bn multi-year drilling financing package for 36 Offshore/Onshore Oil wells under the NNPC/CNL Joint Venture initiated under the Accelerated Upstream Financing Programme executed at a Signing-ceremony in London in September, 2015.
The initiative was designed by the NNPC to address the perennial challenge experienced by the Federal Government in providing its counter-part funding of JV upstream activities.
Codenamed Project Cheetah, the $1.2bn alternative financing package, was the first to combine funding of both oil production as well as domestic gas to support power generation in Nigeria from a medley of carefully sequenced offshore and onshore wells.
The deal is projected to fund 36 wells and deliver 41, 000 barrels of crude oil per day and projected peak incremental production of 127 million standard cubic feet of gas per day (mmscfd) in the years ahead.
Also the package is projected to generate between $2-5bn of incremental revenues to the Nigerian government over the life of the project (subject to prevailing oil price in the upcoming years).
The funding package is being financed by a consortium of Nigerian and International lenders led by Standard Chartered Bank and UBA.
The global award which is one of the most prestigious in the International financing market is based on feedback from peers and market operators with full endorsement by the judges at Thomson Reuters /PFI.