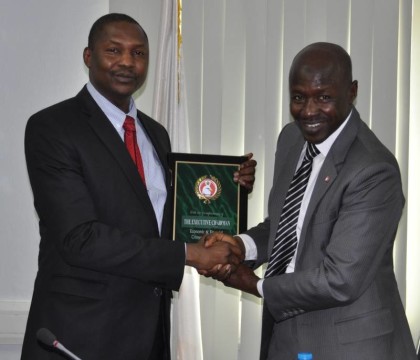 The Economic and Financial Crimes Commission, EFCC, has been commended for its pivotal role in the present administration’s efforts to curb corruption in Nigeria.

The Attorney General of the Federation and Minister of Justice (AGF) Abubakar Malami, SAN, made the commendation on Wednesday, April 13, 2016 during a visit to the Commission’s Head Office, Abuja.

Malami who was on his first visit to the EFCC since his assumption of office as AGF expressed delight with the way the agency is taking the bulls by the horn in the war against corruption. 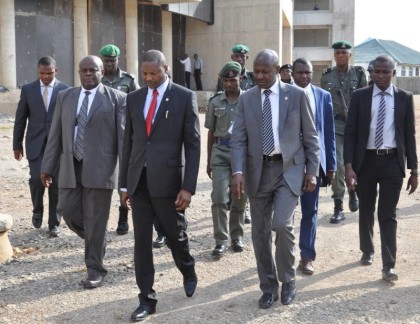 He acknowledged the strategic role of the EFCC to the success of the war against corruption, which according to him is one of the cardinal focus of Buhari’s administration.
According to him, the government is not unaware of the Commission’s needs and gave assurance of government’s preparedness to meet its identified challenges for optimal performance.

He also assured the Commission of the cooperation of his office towards ensuring that justice is done to all corruption cases.
Receiving the august visitor, the Acting Chairman, EFCC, Ibrahim Magu thanked the AGF for the visit and called for more support and cooperation as the war against corruption cannot be fight and won alone by the Commission.

The AGF was later conducted round the facilities at EFCC Head Office as well as its permanent site along Airport Road, Abuja.