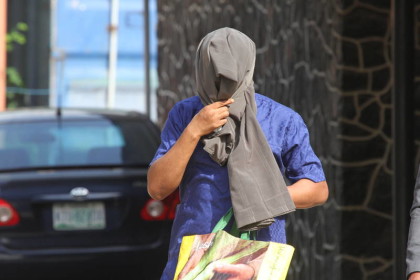 Justice Kuewumi Babs of the Federal High Court sitting in Lagos has convicted and sentenced Abdulhakeem Daud to three years imprisonment for credit card fraud.
The convict was arraigned before the court on Thursday on a two-count charge bordering on possession and fraudulent use of credit card. He pleaded guilty to the charges and was subsequently convicted and sentenced to three years in prison.

One of the charges read: “That you Abdulhakeem A. Daud( a.k.a Adewale Adeyemi) between the 23rd of October 2015 and 7th of January, 2016 at Lagos within the jurisdiction of this Honourable Court, with intent to defraud, used Visa Credit Card no.4147788569112614 issued to one Thomas A Boyer and obtained services worth the sum of Three Million Eight Hundred and Forty Five Thousand Six Hundred and Seventy One Naira, Forty Four kobo (N3,845,671.44) from Radisson Blue Anchorage Hotel of 1A, Ozumba Mbadiwe Avenue, Victoria Island, Lagos and thereby committed an offence punishable under section 33(1) of the Cybercrime
( Prohibition Prevention ) Act ,2015. 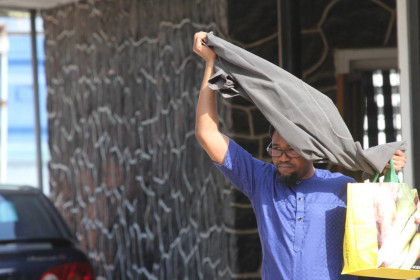 Trouble began for Daud when the Economic and Financial Crimes Commission, EFCC, received a petition from Radison Blue Anchorage Hotel, Lagos alleging that the convict made use of its services and paid all his bills with an un-funded credit card. Investigations were conducted and several incriminating documents were discovered in his hotel room. Findings showed that the purported credit card the convict used to pay his bills was actually issued to one Thomas Boyer, an American.