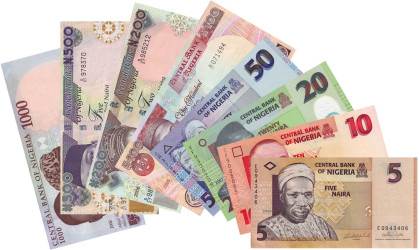 President Muhammadu Buhari said Thursday in Abuja that it was a matter of great concern to him that nearly two-thirds of states of the federation are still having difficulties with salary payments despite the bail-out funds provided to them by the Federal Government.

Speaking at a meeting with members of the Nigeria Governor Forum at the Presidential Villa, President Buhari said that he was very disturbed by the hardship which state government workers across the country and their families were facing due to the non-payment of salaries.

To ameliorate the hardship being faced by affected workers, the President said that the Federal Government will strive to make more funds available to the states by expediting action on refunds due to them for the maintenance of federal roads and other expenses incurred on behalf of the Federal Government.

President Buhari also said that he will establish an inter-ministerial committee to study a Fiscal Restructuring Plan for the Federation which was presented to him by the governors.

The President said that the committee will review the plan to improve the finances of state governments and make recommendations on how proposals in the plan should be dealt with by the Presidency, the Federal Executive Council and the National Assembly through legislation.

President Buhari urged the governors, however, to understand that while he was ready to do all within his powers to help the states overcome their current financial challenges, the Federal Government also has funding problems of its own to contend with.

“You all know the problems we have found ourselves in. You have to bear with us,” he told them.

The Chairman of the Governors Forum, Governor Abdulaziz Yari of Zamfara State and the Governor Nasir El-Rufai of Kaduna State, who chaired the committee that worked on the Fiscal Restructuring Plan, asked the Federal Government to do more to help the states financially.

The governors told the President that while they had resolved to take other measures to boost their internally-generated revenue, the implementation of the Fiscal Restructuring Plan will help them to deal with their funding problems on short, medium and long-term bases.

They said that if the plan was adopted and implemented by the Federal Government, states of the federation will become more financially empowered to fulfill their constitutional responsibilities.