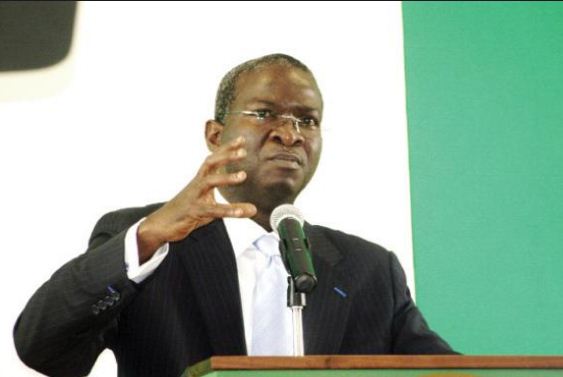 Mr Babatunde Fashola, Minister of Power, Works and Housing has urged contractors in the country to ensure compliance with the Workmen’s Compensation Act.

Fashola gave the advice while speaking on the Role of Insurance in Infrastructure Development at the National Insurance Conference 2016 on Tuesday in Abuja.

“I demand that all our contractors provide proof of compliance to Workmen’s Compensation Act and I will do my best to ensure compliance and protection for Nigeria workmen and women at the construction site.

“I don’t assume that it will be easy, but from today I will start to do something,’’ he said.

According to him, the Workmen’s Compensation Act 2010 emphasises protection to workmen and women from occupational disease and workplace injuries.

He said many of these policies do not exist in real life for workmen in construction sites in the public and private sector and there was no proper monitoring.

The minister noted that the insurance industry had been doing much but emphasised that a lot still needed to be improved on.

He said insurers had a role to play in designing policies that were appropriately priced and would ensure prompt response to claims in order to boost confidence in the business of insurance.

Fashola said that during his time as the governor of Lagos state many public buildings such as hospitals, schools, state houses, bridges were insured up to 2015.

He said the era of climate change, with massive incidences of flooding, terror and bomb blasts, called for the diversification of the Nigeria’s economy.

He said the categories of policies that could be created in the country in relation to infrastructure could only be limited by imagination.

The Minister called on practitioners to increase their appetite to attain greater heights.

He said the government also had a role to play by collaborating with the practitioners to provide legislative support and policy reforms in order to provide new grounds.

He urged the insurers to list the changes they wished to see in the industry, look inwards and come up with policies that would benefit the vulnerable members of society.