Judge To Continue With The N3.1bn Fruad Trial Of Suswam 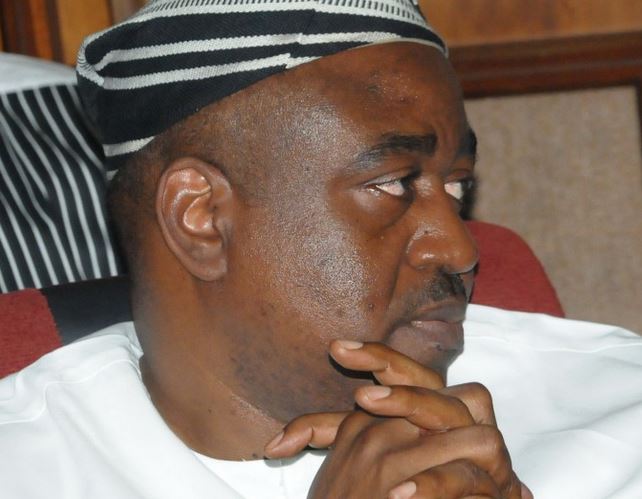 The Chief Judge of the Federal High Court, Justice Ibrahim Auta, has returned the corruption case file of a former governor of Benue State, Gabriel Suswam, to Justice A.R. Mohammed and ordered him to continue presiding over the case.

Head, Media & Publicity, of the EFCC, Wilson Uwujaren stated this in a press release made available to the media on Friday in Abuja.

“Suswam is being prosecuted by the Economic and Financial Crimes Commission, EFCC, along with his Commissioner of Finance, Okolobia Okpanachi, on a nine-count charge bordering on conspiracy, abuse of office and diversion of state funds to the tune of N3.1 billion.

“It would be recalled that Justice Mohammed had on June 6, 2016 handed off the case, and informed the court of his decision to return the case file to the Chief Judge for reassignment. He had cited a May 27,

“2016 report published on an online news medium – SaharaReporters, in which it was alleged that Suswam “entered into a financial agreement” with him in order to grant the former Benue State governor “a soft landing in the case”. He said.

According to Uwujaren, despite persuasive arguments from the prosecution, led by Rotimi Jacbos, SAN, and Suswam’s counsel, Joseph Daudu, SAN, that the said report be discountenanced, the trial judge averred that, “justice or the fairness of it is not as the judge, prosecution or defence sees it”.

He said Jacobs urged the court to “take cognisance of all the witnesses the prosecution had called so far, which would cost the state
resources to recall for the trial”.

Uwujaren said Daudu, too expressed confidence in the trial judge.

“In returning the case file, the Chief Judge noted that “there were no complaints or allegations of bias against the judge, either from the prosecution or the defence”, and so Justice Mohammed should continue with the case where he stopped.