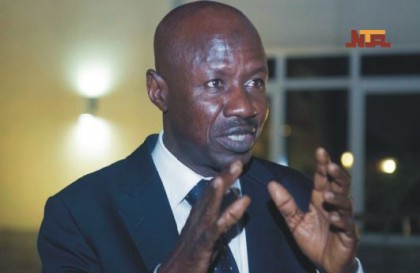 A legal Luminary and Human Right Activist, Malachy Ugwumadu, has added his voice to the clarion call on the Nigeria Bar Association, NBA, to bury the thought of divesting the prosecutorial powers of the Economic and Financial Crimes Commission, EFCC.

Mr Abubakar Mahmoud, in his inaugural speech as the NBA President at the weekend in Port Harcourt, had advocated for divesting of the prosecutorial powers of the EFCC as he said that the Commission should be limited to investigation alone.

But Ugwumadu who was speaking on a TVC News television programme, titled: “ANTI-GRAFT WAR: EFCC-TO PROSECUTE OR NOT” on August 30, 2016, said rather than demobilise the EFCC which many, including the NBA President has acknowledged as having recorded a “modest achievement” in recent times, the NBA should think of how to raise a team to supplement the legal department of the EFCC “even from the body of Senior Advocates of Nigeria”.

“Looking at Mamoud as a person, I have no doubt that he may have meant well with his utterances, but I strongly disagree with him that the statutory powers of the Commission should be severed. This is not healthy at all in the present circumstance”, Ugwumadu said.

He added that he would have expected the NBA to muster as much energy to gather support to strengthen the Commission’s prosecutorial powers rather than advocate for the dismembering of its strength.

“Why is EFCC prosecutorial powers of importance to the NBA? We have challenges in judges giving perpetual injunctions against the EFCC. What has NBA done in respect thereof?” he queried.

Also on the programme was Onyekachi Ubani, a co-lawyer and the 2nd vice chairman of the NBA. He was of the view that the NBA president’s suggestion was borne of the fact that since the time of Ribadu, there has been public outcry that there was undue interference from the executive. He noted that the EFCC has always been used as a political tool against government opponent. Hence the need the advocacy by the NBA president.

Mr. Adesina and Mrs. Amadi who were the two callers during the programme also opined that rather that severe the prosecutorial powers of the EFCC, the Commission should be strengthened. While Adesina said the EFCC should be financially supported to have presence in all the states of the federation, Amadi picked on the judiciary as she said “If the judiciary can minimise corruption, corruption will be dealt a big blow in Nigeria”, she said.

NEWER POSTUnilorin and Six Others Develops Anti-Plagiarism Software
OLDER POSTWhat, Where & Why Nickel is Used