N510.2b Shared Among Federal, States and Local Government For The Month of September 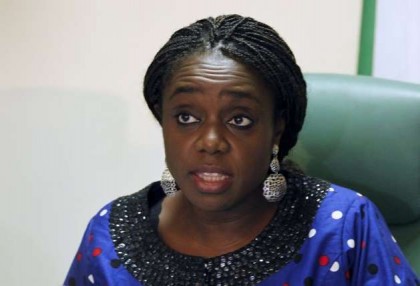 Folasade Folarin, Abuja: Finance minister Kemi Adeosun told newsmen after the meeting of Federation Account Allocation Committee (FAAC) in Abuja that the amount for September is higher than the N493.6 billion shared in July by N16.6 billion.

Mrs Kemi Adeosun said N510.2 billion was shared among the federal, states and local governments as revenue realized in the month August.

The minister said that during the month, N315 billion was generated as statutory distributable revenue, adding that this was higher than the N287.8 billion received in the previous month by N27.22 billion.

Kemi said “the sum of N6.3 billion was refunded to the Federation Account by Nigerian National Petroleum Corporation (NNPC).

“There is a proposed distribution of N35 billion Excess Petroleum Profit Tax.

“Also, there was the exchange gain of N84.2 billion proposed for distribution.”

The minister said that the balance of the excess crude account stood at 2.91 billion dollars.