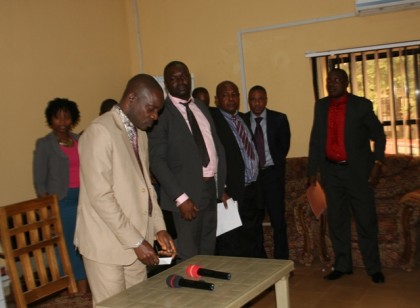 Wilson Uwujaren, Abuja: The South East Zonal Head of the Economic and Financial Crimes Commission, EFCC, Johnson Ayodeji Babalola has charged financial institutions especially Nigerian banks to refrain form of unethical practices that impinge on the image and status of Nigeria and its economy.

Babalola made the appeal while addressing senior officials from banks across the south eastern states of Enugu, Anambra,Ebonyi, Abia and Imo at a special stakeholders meeting at the Commission’s office in Enugu.

He further admonished the bankers not to trun themselves into pawns in the hands unscrupulous persons. “You should be careful that all these so called big men do not use you to effect their selfish agenda and, after everything, they will dump you to face the repercussion.” 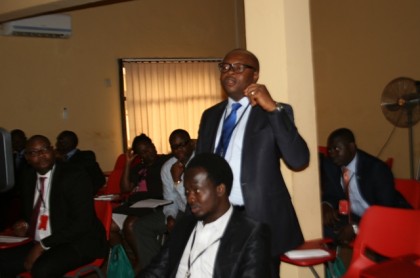 Describing the relationship between financial institutions and the Commission as that of partners, Babalola asked for the cooperation of the bankers, adding that the EFCC cannot effectively fulfill its mandate without the cooperation of banks.

“Because our investigations often involve information on lodgment and movement of cash, your cooperation is needed to improve on intelligence required for progress in any case.”
Later during the interactive session, some of the staff of the Commission and the bankers expressed concerns on issues they felt were militating against the smooth working relationship between the two stakeholders such as Know Your Customer (KYC) regime, quality of reports from banks and document verification among others.

The Head of Legal and Prosecution, Enugu zone, Joshua Saidi urged the bankers to acquaint themselves with laws relating to their job especially the preparation and production of statement of account as they may be required during trials as court evidence.

The occasion had in attendance regional, and area managers, auditors, control and compliance officers alongside heads of sections and units in the EFCC zonal office.