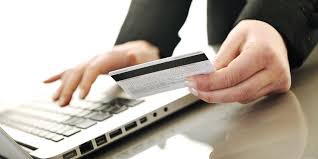 With the market potential of the Internet of Things (IoT) estimated to be worth $19 trillion, Cisco Systems has called on Nigeria to maximise the opportunity. According to Cisco, the opportunities abound, with private sector benefits estimated at $14.4 trillion, while public sector has a $4.6 trillion potential.

Oloruntimehin said with the size of Nigeria’s IT market, leveraging on the opportunities and benefits of IoT will further make the country more competitive and productive. He explained that M2M, which include data sent and received from one machine to another, often called IoT is estimated to $7.4 trillion; while M2P, which include data sent and received from a machine to person, is worth $4.6 Trillion.

According to him, P2P, which is data sent and received from one person to another is worth $7 trillion. Earlier at the conference, Minister for Education, Mallam Adamu Adamu, said that ICT Education was key to Nigeria’s national development.

Adamu, who was represented by the Director, ICT, at the Federal Ministry of Education, Ifegwu Kalu Orji, also called on all stakeholders in the nation’s ICT sector to be focused on creating opportunities for all Nigerians in participating in technology education irrespective of gender, age and tribe.

This is in line with UNITeS Academy Foundation’s vision, which is to make ICT more accessible to youth especially the girl child. This vision brought about the collaboration with Cisco in establishing Cisco Networking Academies in Nigerian Federal Unity Colleges, training and empowering over 10,000 students (60 per cent female) with ICT skills.

According to the Executive Director, UNITeS Academy Foundation, Toyin Olatayo, “there is a digital gap in Nigeria and it is our goal to bridge that gap by equipping Nigeria youth with the right ICT skills for their personal development and that of the Nation.”

This is in line with Cisco’s CSR strategic priorities for Nigeria, which are human capital development and economic empowerment with a focus on ICT and entrepreneurial skills development through the Cisco Networking Academy. Overall, Cisco’s Networking Academy has 132 academies, six ASCs and nine ITCs.

Both Commissioner for Education, Science and Technology in Ogun State, Modupe Mujota, and Acting DG, National Information Technology Development Agency (NITDA), Dr. Vincent Olatunji, alluded to the fact that there was need to harnessing ICT for job creation, innovation and economic development.

According to Africa Regional Manager for CSR at Cisco, Alfie Hamid, Cisco collaborates with UNITeS Academy Foundation to deliver quality and affordable professional development to Academy Instructors and subsequently equipping them to create positive and impactful experiences for their students. According to him, the event’s theme is very relevant for innovation in the ICT industry and in education, adding that today; the IoT encompasses more than 14 billion devices connected to the Internet, providing the technology foundation for IoT.