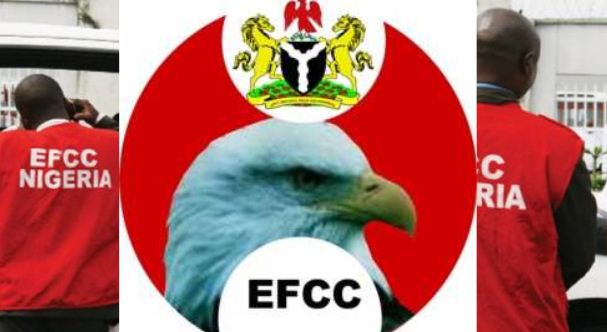 The Economic and Financial Crimes Commission (EFCC) has refute claims by a report linking some officials of the commission in a bribery allegation.

This was stated in a statement made available to the media by the EFCC on Monday in Abuja.

The EFFC said the report entitled, ‘N3b Found In FAAN MD’s Bank Accounts Sparks Discontent Over His Clearance By EFCC And Shabby Running Of The Agency’, appeared in the online news portal, Saharareporters, on Monday October 3, 2016 with claims that the Managing Director of the Federal Airports Authority of Nigeria (FAAN), Mr. Saleh Dunoma was cleared of corruption allegations by the Commission after paying bribe to unnamed officials of the EFCC and the Ministry of Transport.

“The EFCC is scandalized by this report which is capable of raising doubts in the mind of the public regarding the integrity of the agency.

“As an agency that has zero tolerance for corruption, the Commission views with seriousness issues of integrity and has repeatedly asked those with evidence of corruption among the ranks of its officers to come forward, which in this case should have included the names of the officers allegedly involved, and the time and place where they collected the alleged gratification.” The Commission said.

The EFCC added that there was no such evidence in the report which to all intent and purposes appears contrived.

“For the avoidance of doubt, the EFCC wishes to state that at no time did it issue any clearance to any managing director of FAAN, which makes the story specious,” the statement said.

The Commission urged the media to be a little circumspect in their reportage.