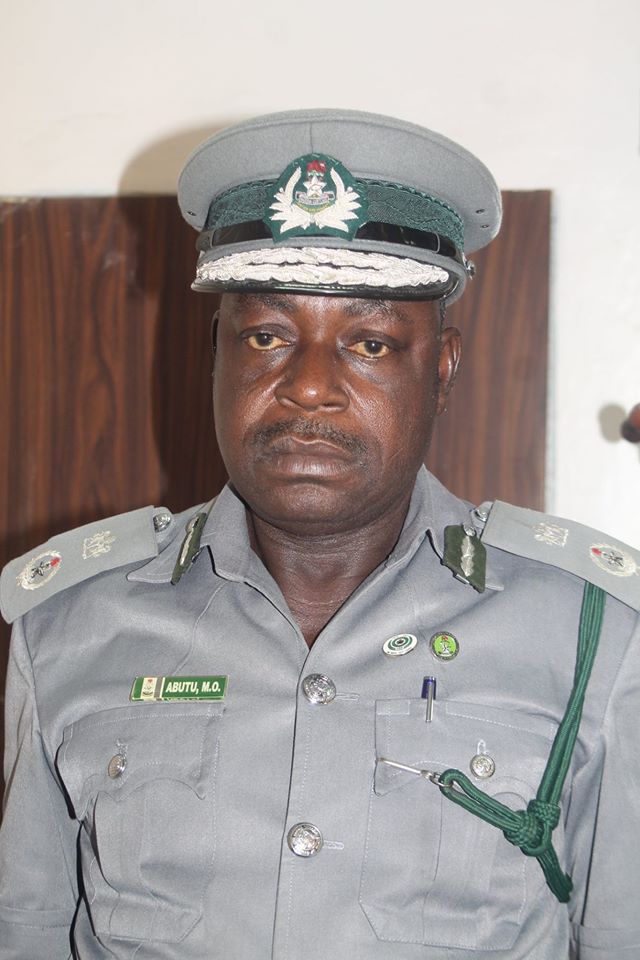 Isa Danbaba, Kano: The Nigeria Customs Service, Kano/Jigawa Area Command in the year 2016 collected and accounted for Eight Billion, Seven Hundred Million, Five Hundred and One Thousand, One Hundred and Sixteen Naira, Seventy Eight Kobo (₦ 8,700,501,116.78) as revenue into the coffers of the Federal Government of Nigeria in the face of economic recession.

The seized goods included 1,944 jerry can of 25 litres vegetable oil, 6,958 bags of foreign parboiled rice, 1,619 bales of second hand clothing, among other items.

While commending the Officers and Men of the Command for living up to their statutory responsibilities in revenue collection, trade facilitation and suppression of smuggling towards sustaining international best practices, and standards, the Customs Area Controller, Kano/Jigawa Area Command, Comptroller Matthias Abutu attributed this feat to the Comptroller General of Customs, Col. Hameed Ibrahim Ali (Rtd) for his motivation and effort in providing the necessary logistics needed for successful implementation of Government policies within his areas of jurisdiction.

Comptroller Abutu added that despite the economic recession, his Command was able to generate this huge amount of money due to the commitment and diligence of his officers and men within the year under review. You will recall that import in 2016 was low because of the high exchange rate.

The Comptroller assured all legitimate traders within his areas of coverage not to exercise any fear as their legitimate trade will be facilitated in 2017 in order to have positive returns on their investment.

He added that the ban of importation of vehicles through the land borders is for the good of all Nigerians and as the Government has planned to rebuild and develop our automotive industry which will create huge employment opportunities for our unemployed graduates across the nation.

He however urged all traders to be more compliant in their declarations as the Command has devised other operation, strategies towards thwarting any antics of economic saboteurs.