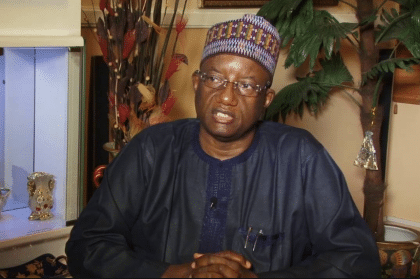 In a press statement signed by Ibrahim Mohammed, the Commission’s Head of Public Relations, RMAFC commended the Finance Minister for instituting a regime of transparency and accountability in the management of the country’s finances in line with the vision of President Muhammadu Buhari’s administration.

In particular, the Commission hailed the Finance Minister for the healthy synergy between the Ministry and revenue regulatory and generating Agencies which would reduce revenue leakages and increase remittances into the Federation Account.

The Commission noted with happiness the current efforts to diversify the economy and the fiscal measures initiated by the Minister to get the Country out of the present economic recession.
RMAFC also praised the efforts and enthusiasm of the Minister in ensuring efficiency in managing government finances and reducing wasteful spending by Ministries, Departments and Agencies (MDAs) as clearly demonstrated by the establishment of an Efficiency Unit in the Federal Ministry of Finance based on which huge sums of money was recovered.

“More importantly, the Minister of Finance who doubles as the Chairman of the Federation Account Allocation Committee (FAAC) is generally appreciated by Members of FAAC for her ingenuity in coming up with the budget support idea which provided additional funds to ensure that States meet their minimum financial obligations”.

The Commission strongly believes that removing the Minister at this critical time of economic recovery can only roll back the laudable reforms initiated by her and send wrong signals to the Members of the international community.