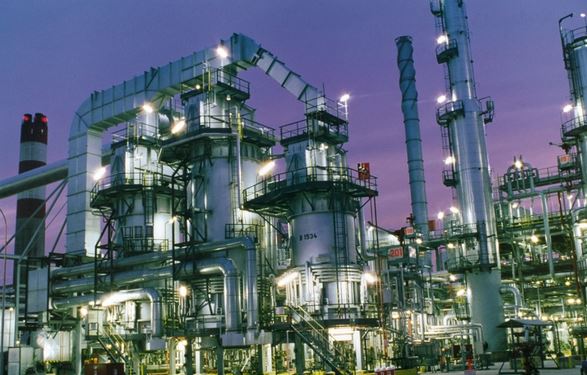 Ndu Ughamadu, Abuja: The Kaduna Refining and Petrochemical Company Limited (KRPC), a subsidiary of the Nigerian National Petroleum Corporation (NNPC), loses an average of 2.2 billion naira annually to illegal tapping of its raw water pipeline that runs from Kaduna River.

The Water generates power for the running of the refinery, serves as coolants for its equipment and is also deployed to combating fire outbreaks.
Sequel to the series of tapping, the refinery now spends more on diesel and other material inputs in the maintenance of its generators and other equipment.

KRPC Managing Director, Malam Idi Mukhtar said in Kaduna, that the consumption of raw water from the tapped pipes by settlers who encroach KRPC premises was an unnecessary additional burden to the refinery industrial requirements, which must be resolved urgently by relevant state government agencies.

Other form of the losses due to the act of illegal tapping of the refinery raw water pipeline is that it slows down the build-up rate of water in the reserve tanks which endangers the refinery, as the plant is expected to maintain a minimum level of water requirement that is considered safe for operations, the Managing Director explained.

The illegal acts are committed mostly in Janruwa, Kamazo, Namaigero and Mahuta areas of Kaduna metropolis, which are the communities along the raw water intake pipeline Right of Way.

Mukhtar said: “We require a particular amount of water sufficient enough to generate steam and other industrial consumption needs, but because of the incidents of illegal tapping of our water pipeline, we need to put more effort to meet our industrial requirements as well as satisfy appetite of illegal tappers.”

Malam Mukhtar said he was pleased that the Kaduna State Government had promised to look into the issue with a view to finding a lasting solution to the challenge.

He explained that Kaduna State Urban Planning and Development Authority (KASUPDA) and Kaduna State Water Board had been contacted to address the issues of land encroachment on KRPC Right of Way.

The Chief Executive advised illegal tappers of the refinery’s raw water pipeline to desist from the act, warning that the raw water was not fit for human consumption because it was untreated.

KRPC’s Executive Director Operations, Alhaji Shehu Malami, who also spoke on the menace of illegal raw water tappers of KRPC pipelines, expressed the fear that if the challenge was not attended to urgently, a time would come when the plant would not be able to run some of its critical units.

“The daily rate of loading is massive, even on Sundays products are being loaded to meet the growing demands in the Country,” Malami stated.

Shedding more light on the issue of encroachment, the Executive Director Services, Mallam Abdullahi Idris, said the encroachment on KRPC’s land would not affect the NNPC’s plan of co-location of refineries.

Mallam Abdullahi said the refinery had carried out a lot of community projects such as youth empowerment programmes, electrification of some communities, provision of hospitals, drugs, toilets, classrooms and furniture, to ensure KRPC operate smoothly.

Corroborating Mallam Abdullahi’s claim, the District Head of Kamazu, one of the KRPC’s host communities, Malam Auta Makama stated that he was a direct beneficiary of KRPC’s Corporate Social Responsibility, CSR, interventions.

He affirmed that the KRPC has provided boreholes, electricity, schools, hospitals as well as empowered the youth through Youth Empowerment and Skills Acquisition Programme (YESAP) in his community and others.

He called on his wards to desist from any act of land encroachment and illegal tapping of raw water intake for KRPC.

The traditional head said there was no need to tamper with the KRPC’s raw water pipeline since the refinery has provided numerous boreholes as an alternative for the communities.