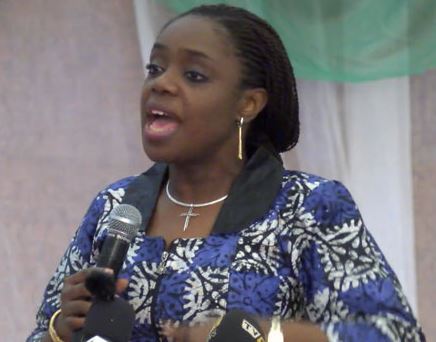 The Minister of Finance, Mrs. Kemi Adeosun, has intervened and brokered a resolution to the dispute between the National Pension Commission (PenCom) and the National Insurance Commission (NAICOM) over a circular issued by PenCom directing life insurance companies to transfer their annuity asset holdings to Pension Fund Custodians (PFCs).

This was disclosed in a press release made available to the media by the Director Information, Ministry of Finance, Salisu Na’inna Dambatta on Wednesday in Abuja.

At a meeting convened by the Minister between the Director-General PenCom, Mrs. Chinelo Anohu-Amazu and NAICOM Chief Executive, Alhaji Mohammed A. Kari, both parties agreed to issue a joint circular by Tuesday, March 21, 2017 that would supersede all previous circulars issued by the two regulatory agencies on the annuity matter.

The dispute was fanned by a circular issued by PenCom in November last year, directing life insurers to transfer custody of their annuity assets to PFCs and inform the commission accordingly.

The insurers were also required by the circular to suspend approving new requests for annuity pending the transfer of assets to PFCs.

The Minister noted that the Federal Ministry of Finance had received several complaints from pensioners in relation to the outstanding dispute. She drew the attention of both parties to the adverse impact the current situation is having on pensioners and reiterated that a prompt resolution of the matter is paramount.

NEWER POSTEFCC: All You Need to Know About Ibrahim Magu
OLDER POSTFCTA, Immigration Service To Collaborate Over Illegal Aliens