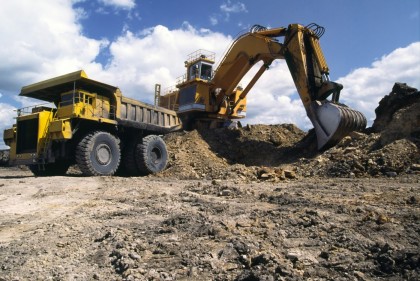 The Minister of Mines and Steel Development, Dr Kayode Fayemi has said that the ministry would commit part of the N30 billion Mining Intervention Fund to support local operators in the country in a bid to assist them scale up their operations and bridge importation gap.

The Minister stated this on Tuesday in Kaduna, while inspecting quarrying facilities at CIBI Nigeria Limited’s quarry site in Buruku, Kaduna State.

Dr Fayemi said part of the fund would be drawn from the World Bank loan and the N30 billion Mining Intervention Fund approved by the Federal Executive Council last year, among others.

He said the ministry has entered into a partnership with the Bank of Industry (BOI) to offer loan facilities from the intervention funds to serious operators who are already producing and who require assistance to increase the scope of their operation.

He stated that companies who are into production of quality tiles would benefit from the fund in order to position them increase their production, compete favourably and help reduce dependence on imported tiles.

The Minister said: “We are working with the BOI to disburse the loans as soon as the intervention funds are released to serious tile producers across the country,” he said.

He said the companies like CIBI Nigeria Limited would have been able to produce more than 200,000 square metres it currently produced annually from dimension stones, if adequate resources, including finance, equipment and others were available.

Fayemi said that Nigeria needed about four million square metres of tiles annually, adding that all the local tile producers could only produce less than a million annually.

He lamented that the bulk of tiles being used in Nigeria were imported from Italy, China and India, stressing that there is an urgent need to support local operators as captured in Mining roadmap drawn by the ministry.

“We are endowed with lots of mineral resources; we have dimension stones everywhere but not exploited; there is no stone we don’t have in Nigeria,” he said.

The Chairman of SIBI Nigeria Limited, Arc Nuhu Wya, urged government to support its project, as there were more demands for tiles but it lacked sufficient capital to expand the business. Wya said the company usually received market orders from its customers two months before production.

“If investment put in oil industry is replicated in solid minerals, Nigeria does not need to depend on oil as its mainstay because we are blessed with mineral stones abundantly,’’ he said.