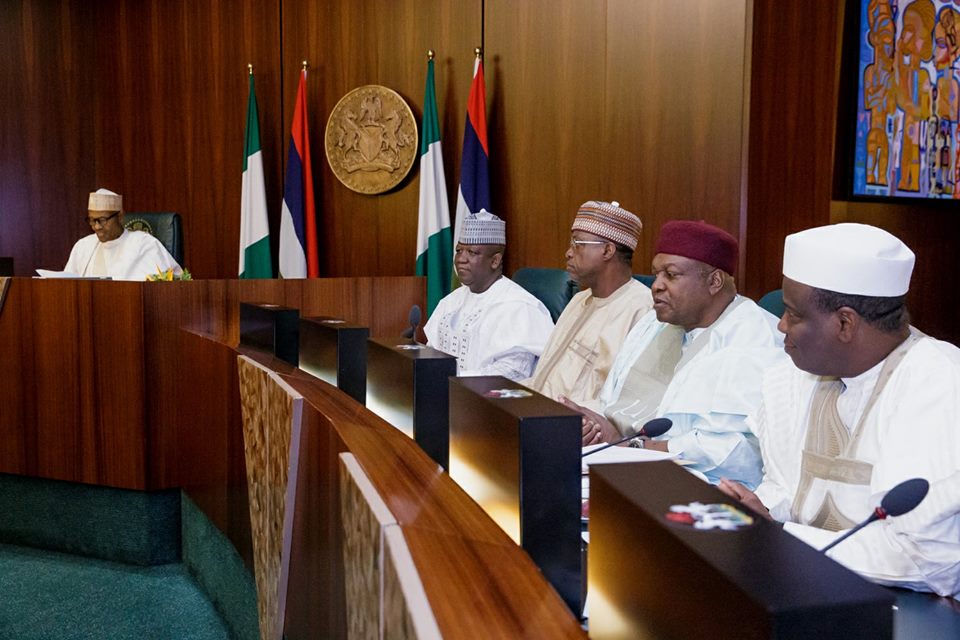 Garba Shehu, Abuja: President Muhammadu Buhari has directed the Minister of Finance, Mrs. Kemi Adeosun and the Governor of the Central Bank of Nigeria, Godwin Emefiele, to act appropriately and with dispatch in releasing the second tranche of the London-Paris Club refunds to the states in order to ease their financial hardships.

The governors of Imo, Akwa-Ibom, Osun and Abia States thanked President Buhari for saving the day for states through the first tranche of the London-Paris Club refunds while calling for the immediate release of the second one.
They also commended the trust the President reposed in the Vice-President, Prof. Yemi Osinbajo, whom they said did not disappoint when he acted as President.