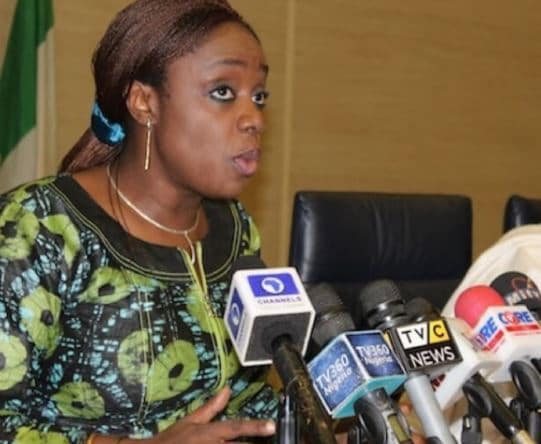 The Federal Ministry of Finance has refuted claims by one Simon Ateba of an online publication, the Simon Ateba News, to the effect that the Ministry has hired a United Kingdom-based Public Relations (PR ) Consultancy Firm for US$2 million (N800 million) monthly.

This was made known in a press statement issued by the Ministry through the Director Information, Salisu Na’inna Dambatta on Wednesday.

The Ministry described the report as inaccurate, clearly false, malicious and devoid of professionalism as no attempt was made to contact the Minister for input to the story.

The Public Relations firm, Africa Practice which has an operational office and Nigerian staff in Lagos, has been retained by the Federal Government for N28, 975,000 only for three years on the approval of the Federal Executive Council in November 2016 to work for the Debt Management Office as part of the Eurobond programme alongside Standard Chartered Bank, Stanbic IBTC Holdings PLC, Citibank, WHITE & CASE LLP and Banwo & Ighodalo.

This followed a competitive tender that was advertised in International and Local newspapers, including the Federal Tenders Journal. Due process was fully followed in the exercise, the outcome of which was publicly announced earlier this year.

The key criteria used in the evaluation of the Technical Bids submitted by the appointed transaction partners including Africapractice were company track record and credentials; evidence of valid licence to operate in the market or jurisdiction in which they are domiciled; global presence, transaction history with the Federal Government or any of its agencies; experience in similar transactions in the international capital market and quality of marketing and distribution strategy for the Eurobond programme.

The representative of Africa Practice was in Washington DC in continuation of the Eurobond programme and in support of the country’s outreach with international investors who showed great enthusiasm to do business with Nigeria.

However, the false story has not dimmed the successful participation of the Nigerian delegation in the World Bank and IMF Spring meetings, nor questioned the obvious gains made by Nigeria in the course of the meetings as widely reported by correspondents of Nigerian media houses that covered the meetings.

The Minister of Finance, Mrs. Kemi Adeosun, has always appreciated the contribution of Nigerian journalists, whom she hold in high esteem, for the coverage they gave to the activities of the Nigerian delegation to the Spring Meetings in Washington DC and at home.