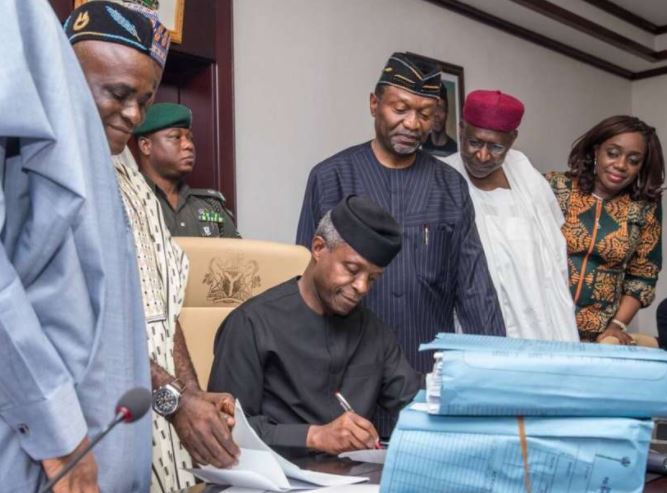 An economist, Prof. Sarah Anyanwu has advised the Federal Government to take into focus the country’s hyperinflation in the implementation of the 2017 budget.

Anyanwu, a former Head of Economics Department, University of Abuja, said this in an interview with the News Agency of Nigeria (NAN) in Abuja on Monday.

She said considering the current inflation rate in the planning stage would ensure successful implementation of the budget.

The key assumption on inflation in the budget is 15.74 per cent while the latest inflation is 16.25 per cent.

“If actually the government has taken care of inflation during the budget formulation, it will not affect implementation.

“If the amount budgeted for Ministries Departments and Agencies (MDAs) was not taken care of during budget formulation and approval, it will definitely affect the implementation.

“What it means is that the amount released will not be enough for project implementation and there will always be budget deficit.

“There will be budget deficit since prices of material have gone up subsequently leading to incomplete and abandoned projects.’’

According to her, the government may need to prepare supplementary budget to take care of high level of inflation.

Speaking on the latest inflation rate, the don said that the figures were still on the high side in spite of efforts of the government to bring it down.

According to the National Bureau of Statistics (NBS), the country’s inflation dropped to 16.25 per cent in May from 17.24 per cent in April.

This is the fourth consecutive decline in the rate of inflation since January.

Anyanwu explained that the Consumer Price Index (CPI) only dropped on month-on-month basis, saying it rose on year-on-year basis.

“The inflation is still very high; we appreciate the efforts of the government to lower this inflation rate because it has a lot of implications.

“It has a lot of implication on micro economic variables, especially on investment, interest, exchange rates and Gross Domestic Product at large.

“The decrease is still very small, we need to put in place more efforts with the type of hyperinflation happening in the country which discourages investment.

“The government needs to bring the inflation to three or four per cent,’’ she said.