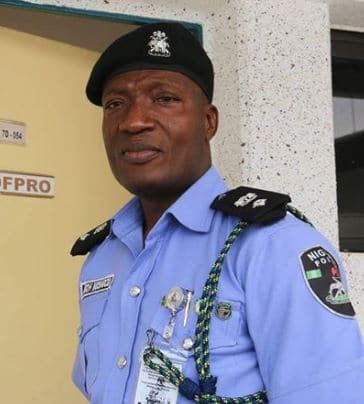 The Force wishes to categorically state that salaries of Police Personnel across ranks throughout the Thirty Six (36) States and the Federal Capital Territory, Abuja and all other Police Formations are being paid as at when due and on time.

It is not correct and misleading that Police Personnel protested anywhere in the country because of non-payment of salary as reported in some media today 9th October, 2017 or at any other time.

Few Policemen who went on inquiry to the Mechanized Salary Section (MSS) in Kaduna State Police Command over complaint of Under-payment, Omission of their names on the Salary Payroll as a result of the implementation of the Integrated Payroll and Personnel Information System (IPPIS) handled by the Office of the Accountant-General of the Federation, were immediately attended to and addressed by the Officer in Charge of the Mechanized Salary Section (MSS), Kaduna State Command in the early hours of today that their problems have been taken up by the Force Headquarters with the Office of the Accountant-General of the Federation. And they left for their duty posts. No Policeman protested and none went on rampage as reported in the media in Kaduna State or anywhere else in the Country.

However, some challenges such as Under-payment, Omission of names on payroll, Non-payment and Over-payment of some Police Personnel experienced in the Eight (8) State Commands that have been enrolled on the platform of the Integrated Payroll and Personnel Information System (IPPIS) in the payment of August and September 2017 Salary have been taken up with the Office of the Accountant General of the Federation and its being promptly addressed.

Members of the Public are hereby enjoined not to panic but go about their lawful duties and other responsibilities without fear or apprehension. No Policeman protested in Kaduna State or any other State of the Country because of non payment of salary.

While the Nigeria Police Force is assuring the media of continuous supports and cooperation, they are implored to always verify facts before publishing in order not to cause panic, tension and misinformation in the minds of the Public.

The Nigeria Police Force is a disciplined organization and will not allow any situation to degenerate into disturbance of Public Peace and breakdown of Law and Order anywhere in the Country.