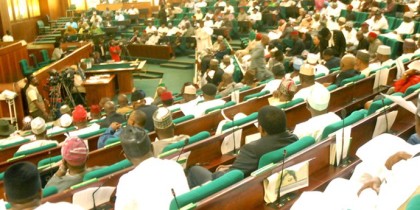 Chairman of the committee, Mr Uzoma Nkem-Abonta (Abia-PDP), stated this on Wednesday in Abuja following failure by the CBN to appear before the committee to defend its submissions over the alleged infractions.

He said that the committee would conduct a public hearing as part of the process of investigating the allegation.

The allegation emanated from a petition by Mr Fidelis Uzonwani, a chartered accountant with Synergy Resources Nigeria Limited, to the committee.

Uzonwani, who appeared at the committee’s sitting, told the members that “from 2004 to 2016, over 60 billion dollars of petroleum profit tax and royalty revenues were unaccounted for by the CBN’’.

According to him, the CBN and the Federal Inland Revenue Service (FIRS) failed to appear before members of the committee to defend their submissions upon realising that their secrets have been unveiled.

“We discovered that something was going wrong and we approached the CBN to take actions to remedy those infractions but it remained adamant, probably that is how they benefit from the system.

“They have engaged in forgery and when in 2017 they were asked to produce the documents they made available to the Federal Government since 2006, they started manipulating them with computers.

“We discovered that the CBN adds naira and dollar into one column to arrive at a total.

“It is done even to the extent of taking money outside an account to a secret account and returning same at the end of the month after earning secret interests,’’ Uzonwani said.

Nkem-Abonta said because CBN, FIRS and Department of Petroleum Resources (DPR) had repeatedly failed to appear before the committee, “we will be left with no option than to work with materials before us’’.

“We will conduct a public hearing on the matter and we will compel them to appear because what we are trying to do is to have a situation where all the loopholes for leakages are blocked,’’ he said. (NAN)