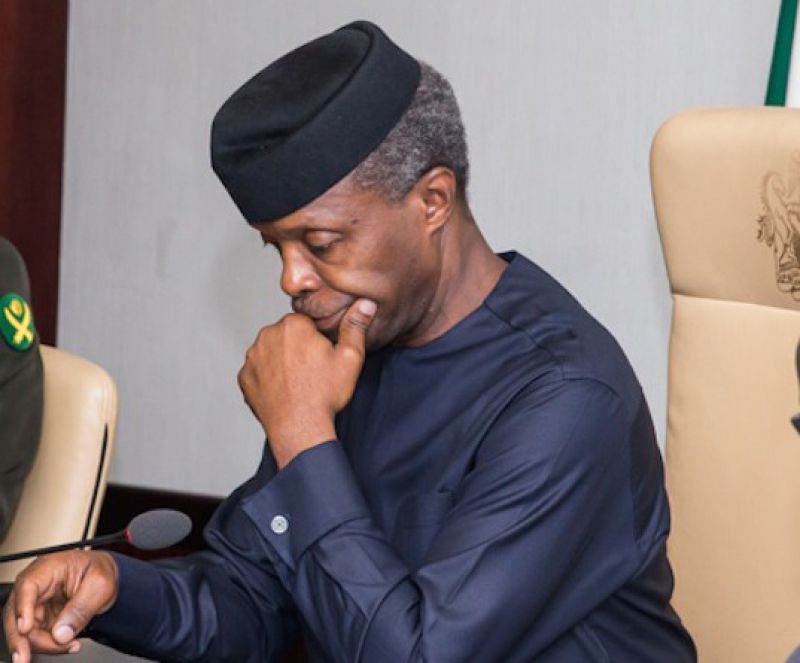 Forensic Interim Report of NNPC, Other Revenue Agencies in Nigeria from 2010- 2015

Laolu Akande, Abuja: An Ad-Hoc Committee of the National Economic Council has reported back to the Council that a number of revenue-generating agencies may have significantly under remitted returns to the Federation Account. This was disclosed earlier today at the monthly NEC meeting presided over by Vice President Yemi Osinbajo, SAN.

The Council had previously ordered the forensic audit to review remittances of the agencies covering 2010 to May 2015. While Council received an updated interim report today, a final report is awaited next month.

The Finance Minister, Mrs Kemi Adeosun, also informed the Council that a list of about 500 Nigerians with property and trusts abroad has been obtained to determine their tax compliance status at home.

She explained that such Nigerians can take advantage of the Voluntary Assets & Income Declaration Scheme, VAIDS, to settle past taxation defaults.

Letters would soon be going out to these Nigerians, including a number of prominent ones, asking them to take advantage of the tax amnesty in order to avoid prosecution and fines by simply paying up their tax defaults. The amnesty is available till March next year.

BELOW ARE HIGHLIGHTS OF TODAY’S NATIONAL ECONOMIC COUNCIL MEETING

PRESENTATION BY THE NEC COMMITTEE ON EXPORT PROMOTION BY JIGAWA STATE GOVERNOR, CHAIRMAN OF THE COMMITTEE

• The NEC Ad-hoc Committee set up in September, 2017 to advise Council on export promotion submitted its report.
• The report dwelt extensively on an export promotion plan geared towards achieving government’s policy on the “Zero Oil Plan”.
The Committee recommended, among other things;
• The establishment of a National Committee on Export Promotion, chaired at the Presidency level.
• A Technical Committee involving Federal and States MDAs to help provide technical information and direction to the proposed Committee.
• The Ad-hoc Committee also recommended;

(a)​​ That Export procedures and documentation be streamlined.
(b)​ The identification of existing domestic investors and engagement plan for output expansion.
(c) ​The establishment of more laboratories and tasting centres to help improve quality and standard of export.
(d)​ The domestication of the Office of Technical Regulation (OTR) as recommended by UNIDO.
(e)​ On Market for Nigerian products, the Committee recommended the Deepening of Commercial diplomacy, one-stop shops for export and a National Export Portal to generate global orders to link suppliers to buyers.
(f)​ On Value Chain Development, the Committee recommended the development of clusters along product value chain, market driven research and development, and the provision of seeds and seedlings.
(g)​ On Financing, the Committee recommended the recapitalization of NEXIM Bank, the provision of Export Development Fund, in line with NEPC Act, a five-year financial window on export expansion grant and funding scheme for exporters similar to the CBN Anchor Borrowers programme.

• The Ad-hoc Committee also recommended a one-state-one-product approach based on comparative advantage for export drive.
• The establishment of State Committees on “Zero Oil Plan Implementation” with State Governors as Chairmen was also recommended.

INTERIM REPORT ON THE FORENSIC AUDIT OF REVENUE ACCRUED FROM REVENUE GENERATING AGENCIES INTO FEDERATION ACCOUNT, EXCESS CRUDE ACCOUNT AND CONSOLIDATED REVENUE FUND BY GOVERNOR OF GOMBE STATE, CHAIRMAN OF THE AD-HOC COMMITTEE

• The forensic audit covers the period from 2010 – May 2015.
• The Council was informed that there were possible significant under-remittances from certain Revenue Generating Agencies to the Federation Account, among other accounts.
• Council was also informed of questionable loans granted by some of the Revenue Generating Agencies.
• Out of the 18 Agencies in which forensic audit was conducted, the Committee completed work on 13 Agencies, 2 are ongoing and 3 are not revenue generating.
.The 13 include: NIMASA, NNPC, NPA, FIRS, NPDC, DPR, etc. The 2 outstanding agencies are the Customs Service and NCC.
• Council directed the Committee to conclude its report under 4 weeks and fully report back to Council in the next meeting

PRESENTATION OF A PROPOSAL BY THE NATIONAL AGENCY FOR SCIENCE AND ENGINEERING INFRASTRUCTURE (NASENI) ON SOLAR-POWERED ELECTRONIC VOTING SOLUTION, WITH CLOUD-BASED COLLATION OF ELECTION RESULTS

• The Executive Vice Chairman/CEO of the NASENI presented a home-grown proposal to the NEC for the replacement of the “Card Reader” in the conduct of elections in the country.
• The proposal is a made-in-Nigeria “Solar-Powered Electronic Voting System” to effectively mitigate current electronic woes.
• The new proposed robust e-voting device will minimize human interference with the electoral process.
• The same proposal, which has already been presented to INEC, is also expected to be presented to the National Assembly.

UPDATE ON STATE OF THE ECONOMY BY BUDGET AND PLANNING MINISTER

​The Minister of Budget and National Planning gave an update on the economy as follows:

• Signs of recovery had been observed since Q3 2016 and the Recovery consolidated in Q3 2017, with GDP doubling to 1.40%
• Non-oil GDP contracts in Q3 2017 increased by 0.76% after growing in Q1 R Q2 2017, while the Services Sector is still in the negative; the Manufacturing Sector was negative in Q3 2017 also.
• Due to high inflationary pressures, household consumption expenditures remain constrained, though it appears such pressure is easing.
• Headline inflation has declined since January – reflecting tight monetary policy.
• Food price increases have remained persistent but slowing down.
• The total value of capital importation at the end of Q3 2017 stood at $4.14 billion (131.3% growth year-on-year).

​UPDATE ON THE BALANCE OF THE STABILIZATION FUND ACCOUNT

• The Accountant-General reported to Council that approval has been received and CBN has been directed to pay N800 million to each of the 35 States of the Federation.
• Governors expressed appreciation to the Federal Government for the restoration of the Budget Support Loan Facility for July and August, 2017.

ANY OTHER BUSINESS (AOB)

• The Governor of Anambra State commended President Muhammadu Buhari for the conduct of free, fair and credible elections in the State.

• The Honourable Minister of Finance informed Council that the month of October 2017 has recorded the highest amount of VAT collections ever recorded in the country in a single month, standing at over N89 billion.
• She told Council that Government is targeting N120 billion on a monthly basis in the coming years.

• Is progressing very well and the target is likely to be met.
• A list of about 500 Nigerians who are believed to have under-declared their assets has now been obtained.
• VAIDS offers an amnesty opportunity for such and all tax defaulters.

• The SGF, Boss Mustapha, informed Council that the FG has set up a National Burial Committee for former Vice President Alex Ekwueme.
• The Committee would be chaired by the Office of the SGF with the full participation of the Anambra State Government and the Ekwueme family