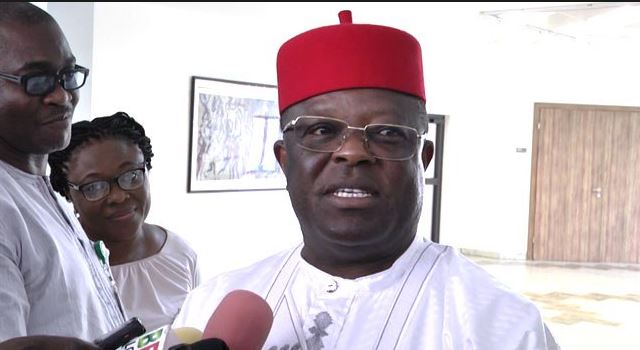 The Ebonyi Government has released the sum of N1.5 billion to settle arrears of pension and gratuities owed state and local government retirees from 2006 to 2017, a top government official has said.

Mr Samuel Okoronkwo, the state Commissioner for Local Government and Chieftaincy Matters, disclosed this in an interview with the News Agency of Nigeria (NAN) on Tuesday in Abakaliki.

Okoronkwo said that government accorded the welfare of retired workers of the state top priority and as such, would ensure that retirees’ benefits were paid regularly as a way of enhancing their living standard.

He enjoined the local government pensioners to participate in the ongoing biometric verification designed to capture genuine pensioners and eliminate fictitious names from the payment voucher.

“The state government is aware of the plight of retired civil servants, especially in the face of present economic hardship and is committed to enhancing their welfare through prompt payment of pensions.

“The government is giving top priority to the payment of retired workers and has released N1.5 billion to pay arrears of pensions and gratuities owed to Ebonyi pensioners between 2006 and 2017.

“No responsible government can afford to toy with the benefits of pensioners who had laboured and spent their active lives rendering service to the state.

“They are our senior citizens who deserve to be respected and cared for by the government, and the state government has remained committed to improving the welfare of these celebrated heroes.”

He gave an assurance the payment would commence immediately after the conclusion of the verification and that only those captured would be paid.