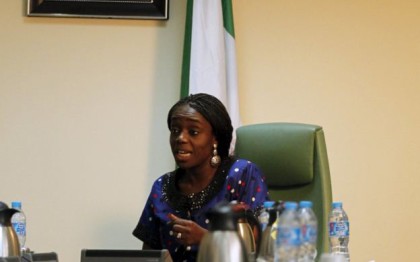 Festus Akanbi, Abuja: The Minister of Finance has deemed it necessary to address the issue of Paris Club Refunds and wishes to assure the public that the Federal Government has consistently complied with all extant rules and regulations in the disbursement of the Paris Club refunds to State Governments.

The Debt Management Office (DMO) initially requested for a period of 22 months to complete the reconciliation and facilitate disbursement. However, President Muhammadu Buhari, considering the plight of salary earners and pensioners and the need to stimulate the economy, directed that the exercise be completed within 12 months.

In addition, Mr. President gave an express Anticipatory Approval for the release of up to 50% of the claim of each state, pending final reconciliation. That reconciliation is undertaken by the DMO, Office of the Accountant General of the Federation (OAGF) and the relevant State Governments. Accordingly, the disbursements are staggered in batches and payments are only made when the claims of each state have been reconciled with the facts at the disposal of the Federal Government.

Specifically, information was available that some states had been paid either in full or in part, under previous administrations. This necessitated a more detailed review, for the states in question.

The release of the first tranche, representing up to 25% of claims, being N522.7bn commenced in December 2016. Disbursement was subject to an agreement by State Governments that 50% of any amount received would be earmarked for the payment of salaries and pensions. In addition, each Governor gave an undertaking that excess payments would be recovered from the Federal Accounts Allocation (FAAC), if the final reconciliation found that the amount paid under the Anticipatory Approval exceeded that due.

It is standard practice in the Ministry of Finance to undertake independent monitoring of compliance with the terms and conditions of funds released. This will be conducted in due course.

To date, nine batches have been processed while some balances remain outstanding to the possible credit of a number of states. Given the foregoing, complete and final figures can only be released and published after each state and the Federal Government have reconciled and agreed on the sums due.

At the National Economic Council meeting on Thursday March 16, 2017, President Muhammadu Buhari instructed the Minister of Finance and Central Bank Governor to commence the process of resolving the balance of the approved amount. The overriding consideration for any further releases will be the current and projected cash flows of the Federation as well as the outcome of the independent monitoring of the compliance with terms and conditions attached to the previous releases.

The Minister of Finance would like to reaffirm the commitment of the administration to publish all relevant information on the Paris Club refunds.