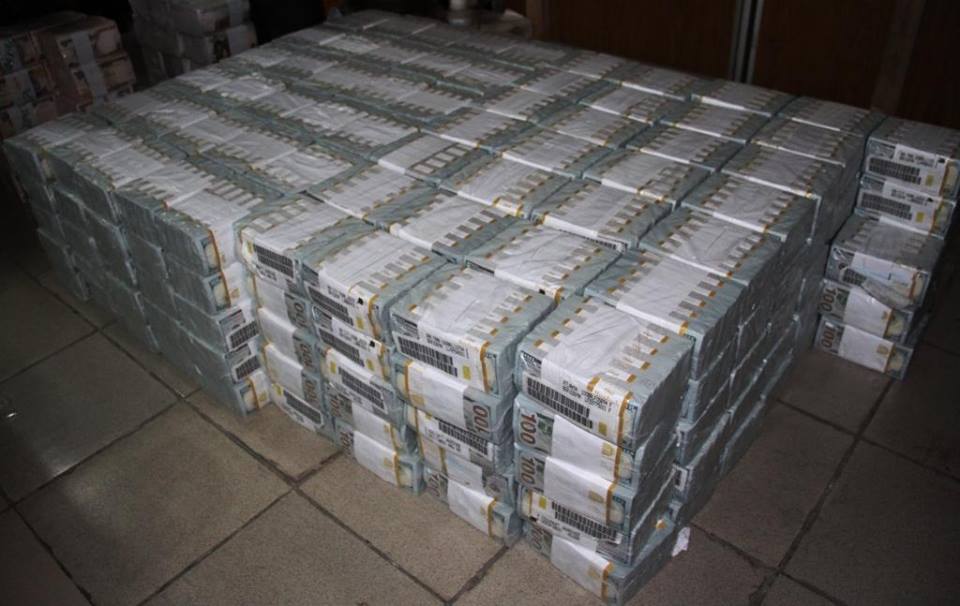 Olalekan Ajayi, Abuja: The efforts of the the Apex bank (Central Bank of Nigeria) is aimed at ensuring stability in the foreign exchange market may have started yielding results as the market is now awash with liquidity surfeit.

Indications of excessive liquidity in the market emerged on Thursday last week when operators could only pick a little over $39 million out of the $100 million offered for bid by the apex bank.

According to market analysts, with this development, the Naira is set to firm up against major currencies like the Dollar and pound sterling during the week.

It will be recalled that the Central Bank of Nigeria last week opened a special window for to enable Small and Medium Enterprises (SMEs) to access forex for the importation of eligible finished and semi-finished items not exceeding $20,000 for an enterprise per quarter.

That was in addition to the special intervention in the Bureau De Change (BDC) segment of the foreign exchange market which resulted in each operator accessing $20,000 as against the earlier stipulated $10,000 per week.

Isaac Okorafor, the CBN spokesman explained that the Bank’s special interventions were necessitated by its findings that a large number of SMEs were being crowded out of the forex space by large firms and also service genuine demand for invincible like tuition fees, medical a and personal/basic travel allowance.

There are strong indications that the demand for foreign exchange by authorized dealers has slumped, as the dealers were only able to pick $45 million out of the $100 million offered by the CBN on wholesale spot.

Industry experts have attributed the slump in demand to the rate of forex liquidity being pumped into the system by the CBN, noting that it is only a matter of time before the dollar begins another round of crash. The experts also attributed the new trend to the general cash crunch in the financial system.

The dollar has also crashed against major currencies since US President Donald Trump’s surprising declaration that China is not manipulating the value of the yuan.

In a chat with newsmen, the Acting Director of Corporate Communications at the CBN, Isaac Okorafor, said the major injections made by the Bank in the course of the week were aimed at providing access to all stakeholders with legitimate need for forex.

“The CBN remains upbeat that the forex market will remain liquid and that Nigerians who genuinely require the forex will get ample access to the currency,” Okorafor noted.

It will be recalled that the Apex Bank made special interventions in the Bureau de Change Segment of the forex market and capped up an eventful period with the opening of a new window for Small and Medium Enterprises (SMEs).

These special interventions are in addition to over $500 million dollars offered to dealers in the wholesale and retail segments in the past week.

Okorafor had disclosed that the new window for SMEs provides small scale importers an avenue to source forex to boost their respective business through the importation of eligible finished and semi-finished items at not more than $20,000 per quarter per enterprise.

Lauding the CBN intervention across the various window of the forex market, analysts expressed hope that the trend would be sustained, going by the current level of foreign reserves.