“The difficult economic environment occasioned by the collapse in global crude oil prices in 2015 continued during the year. The economy as a result fell into recession for the time in over a 25 year period. This impacted negatively on the operating environment, resulting in the Central Bank of Nigeria making a number of policy changes to maintain stability in the financial system.

The group’s performance showed resilience over the year. We recorded a 51% growth in profit after tax and kept year-on-year cost growth below average inflation of 16%. Our balance sheet grew by 12% to N1.1 trillion and this was funded mainly by deposit growth of 14%, with current and savings account ratio improving to 57%. The customer loan book declined marginally by 1% due to a cautious approach adopted to lending. Asset quality improved as ratio of non-performing loans to total loans reduced to 6.4% from 8.5% in 2015. As a result of the difficult credit impairment environment which is a reflection of the overall performance of the economy, we witnessed an increase in credit loss ratios from 3.8% in prior year to 5.2% during the year.

Stanbic IBTC Holdings PLC remains confident about the prospects of our business going forward. We are confident we can continue to deliver exceptional value to our customers in the coming year by improving service experience in our channels and providing innovative solutions to meet their financing requirements.”

Significant improvement across all three divisions

Personal and Business Banking (PBB) (Banking and other financial services for individuals and small-to-medium sized enterprises): Gross earnings of N46.4 billion, up 12% (December 2015: N41.6 billion). Commenting on performance, Babatunde Macaulay, Executive Director Stanbic IBTC Bank said: “Despite the difficulties in the operating environment, the retail banking business was able to move closer to profitability reducing its loss after tax position by 81%. We focused on improving our operating efficiencies, enhancing our customer service and providing innovative products to grow our cherished customers. Net interest income during the period grew by 39% on the back of an 84% decline in interest expense which improved net interest margins to 12.6% from 8.5% in previous year. This was inspite of the higher impairment requirements for the industry. During the year, we launched our first fully digital branch to provide a full-service suite to customers in a convenient and friendly atmosphere. As we position our business for growth in the coming year, we will be service led, enabled by technology and have the right product mix to meet the highest expectations of our customers.” 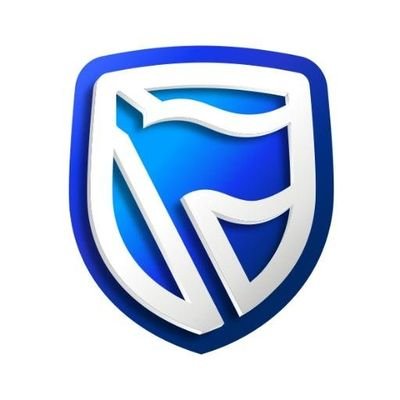 Our stockbroking and global market businesses remained market leaders in their areas of operation reflecting our commitment to always deliver superior banking services to our customers. Operating income for the period grew by 12% to N49.5 billion (2015: N44.2 billion). This growth was driven by a 25% increase in net interest income and 2% growth in non-interest revenue. On the other hand, credit impairments increased by 26% as we increased provisions on a number of delinquent facilities. Deposits from customers declined by 14% as we paid off expensive wholesale funds taken in previous year. Loans and advances to customers increased by 3% on the back of challenges in the operating environment and delays by customers in retooling their operations. We will continue to focus on our key areas of strength as we position the business for an expected positive turnaround in the economy.”

(Investment management in the form of asset management, pension fund administration, trustee and estate planning services): Gross earnings growth of 20% to N32.1 billion (December 2015: N26.6 billion). Eric Fajemisin, Chief Executive Stanbic IBTC Pension Managers said: “The wealth management business continues to grow at a sustainable pace with assets under management increasing by 18% at the end of 2016. Our Pension management and Asset management businesses continued to maintain leadership positions in the industry. The businesses recorded 20% growth in operating income, while recording a cost growth of 16% resulting in an improvement in cost to income ratio to 30.9% from 31.9% in 2015. Despite the economic challenges and the difficult equity market performance, Assets Under Management (AUM) grew to N2.1 trillion from N1.8 trillion in 2015. We continue to see a net positive monthly inflow into our total AUM. Total number of RSA accounts increased by 6% as we continue to bring on-board new customers. We will continue to focus on improving our service levels while bringing customers innovative products to improve their investment returns.”

The group maintained adequate level of capital during the year. The group’s total capital adequacy ratio closed at 22.8% (Bank: 20.96%) which is significantly higher than the 10% minimum regulatory requirement.