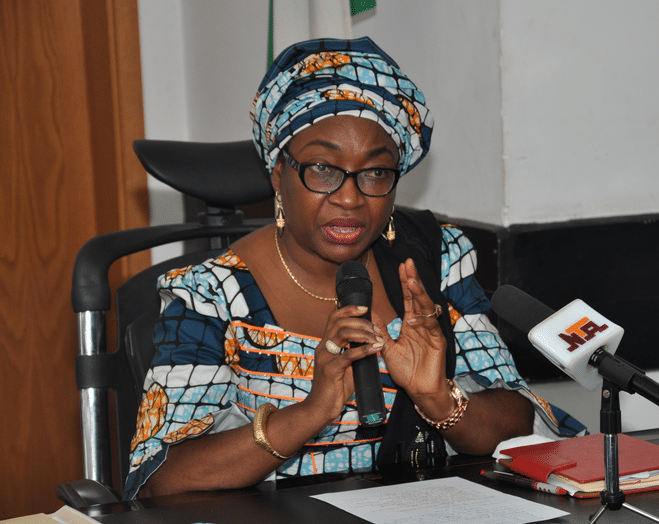 Head of Service: FG Remains Committed To Payment Of Salary Arrears And Allowances

The Head of Service of the Federation, Mrs Winfred Oyo-Ita, says the Federal Government is committed to payment of the outstanding salary arrears and allowances of public servants in the country.
Oyo-Ita said this at the interaction with the Acting President, Prof. Yemi Osinbajo, Public and Civil Servants on Wednesday in Abuja.

She said that just as government had commenced the completion of abandoned projects; it was equally committed to paying the outstanding arrears of public servants.

Oyo-Ita added that Ministries of Finance, Budget and National Planning and Office of the Head of Service were working on strategy toward payment of all outstanding arrears of public servants.

“The greater percentage of the arrears have been accumulated many years before this administration comes to power barely two years ago.

“However, government is committed to the payment in appreciation with the fact that government is a continuum and that the public service deserves a reward,’’ she said.

HoS said the interaction with the Acting President was to sensitise the public servants, who would be directly involved in implementation of executive orders 001 to 003 of 2017.

According to her, the provisions of the first and third executive orders are the focus for which the public servants have the rare privilege of interacting directly with the Acting president.

“The executive orders focus on the promotion of transparency and efficiency in the business environment, submission of annual budgetary estimate by all statutory and non statutory agencies including incorporated companies.

“It also focuses on the support for local content in public procurement.

“As public servants we must be given the opportunity to demonstrate our commitment and support for the policy directive of the government and ensure their successful implementation for the progress of the nation,’’ she added.

The Acting Secretary to the Government of the Federation (SGF), Dr Habibat Lawal, urged the public servants to put in their best to ensure successful implementation of the new executive order.

Lawal also enjoined all permanent secretaries and heads of MDAs to support the implementation the executive order and other government policies.