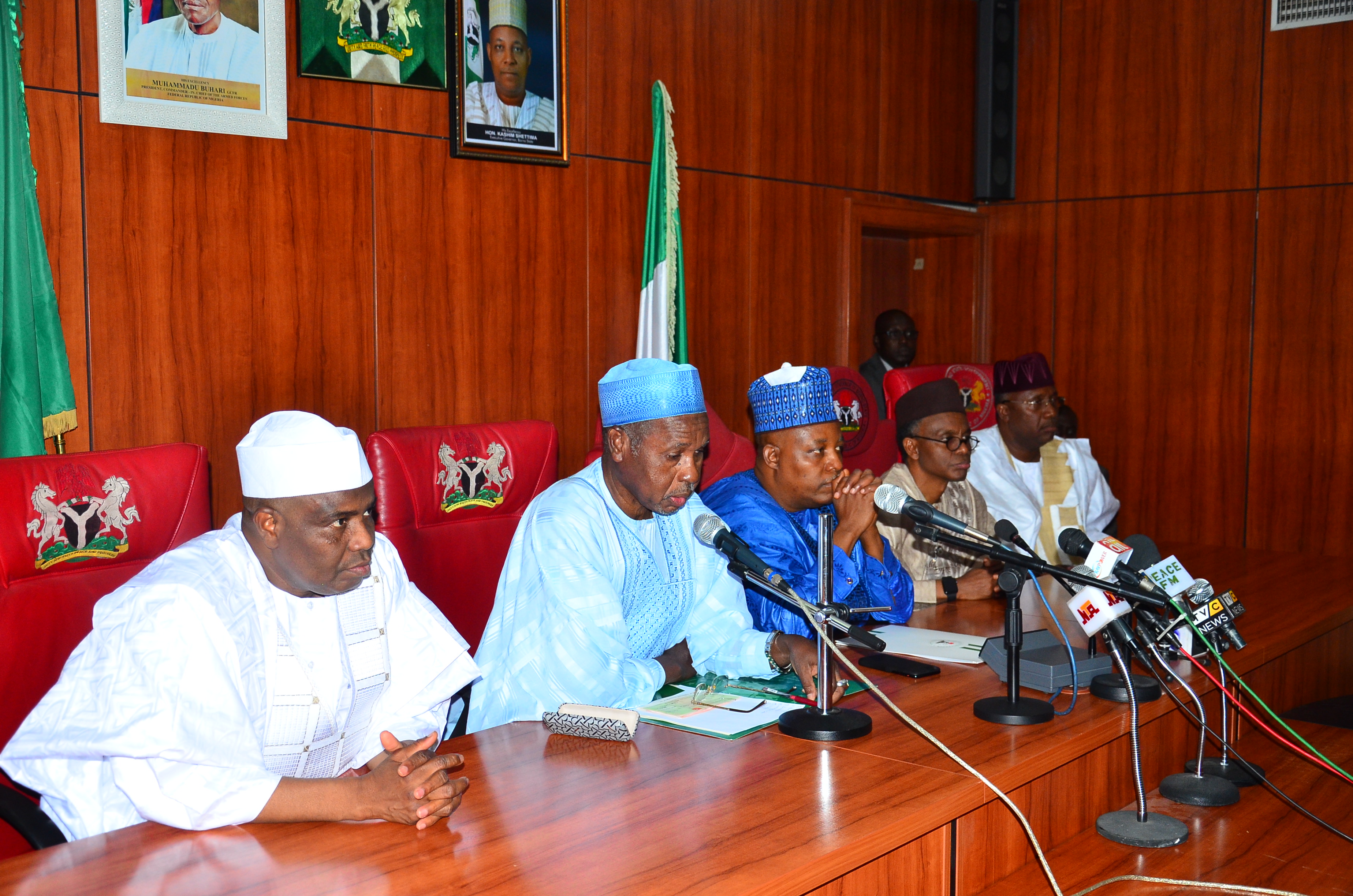 Northern Governors Donate Millions To Rebuilding of Communities In Borno

Governors Aminu Bello Masari of Katsina, ‎Nasiru El-Rufai of Kaduna, Aminu Waziri Tambuwal of Sokoto and Bindo Umaru Jibrilla of Adamawa States conveyed the donations in cheques issued by Government of the Northern States with each donating twenty million. Whereas there are 19 States in the north, Borno was excluded since it is the beneficiary of the aide. The four Governors who flew to Maiduguri in the morning spent some hours before departing. While in Maiduguri, the Governors visited one of the internally displaced persons camps and paid a courtesy call on Governor Kashim Shettima.

At the courtesy call held at the Government House, Governor Masari of Katsina spoke on behalf of his visiting colleagues. He said they were nominated by other Governors in rest of the Northern States to travel to Maiduguri on behalf of their forum to show solidarity and commiserate with Governor Shettima and the people of Borno State over resurgence of Boko Haram attacks especially the killings and abduction of oil prospectors and many other innocent citizens.

“At our last meeting of the Northern Governors, it was resolved that a committee was set up to visit Borno. We were nominated as memof the committee. We are here to show sympathy to the good people of Borno and in solidarity with our brother, Governor Kashim Shettima. We are solidly behind him and we stand by him at this trying time. We have also resolved to be more united than ever before. What affects any of us, affects all. Each of the 18 northern States is donating N20m totaling N360m. Some have already issued cheques while others are sending theirs soon. We will stand in solidarity with each other and we will do everything humanly possible to ensure that this kind of crisis that affected the northeast does not affect any other part of the north and by extension the country” Masari said.

Host Governor Shettima said part of what has kept him ‎going is the empathy of his colleagues from different States in Nigeria.

“As your brother and colleague in this State, one of the things that has kept me strong despite the calamity of Boko Haram, is the genuine empathy and encouragement I constantly receive from all of you. Most Governors have solidly identified with us even when Borno suffered its most severe neglect between 2011 and 2014. It was at this period that Boko Haram took over most of our local government areas after very audacious and bloody attacks. They killed thousands, destroyed communities, abducted and raped our sisters and daughters. They destroyed nearly one million residential houses; destroyed over five thousand classrooms and other school buildings. They destroyed over 200 healthcare centres. They bombed water and electricity installations. They set large scale farms ablaze, blocked major economic highways like the Ngala road connecting Nigeria with five countries. Wealthy traders and international transporters lost their trailers and became poor overnight.

The insurgents kept on launching suicide attacks on the Maiduguri Monday Market in order to cut off economic activities in the State. They mounted pressure on the State so much that our local economy was only charged anytime salaries were paid to workers at the State level and at the University of Maiduguri which is the second largest employer in Borno. 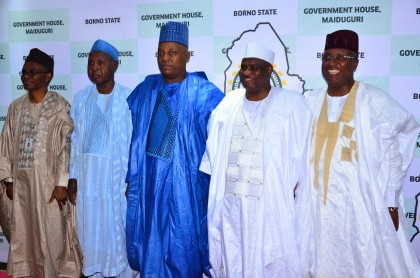 Traders were terribly affected to the extent that we had to resort to giving some sort of bailout to some of them.
Shocking as this may sound, throughout that darkest period of large scale killings and destructions, the total support we got from the Federal Government was a paltry two hundred million naira. This came at time the State Government was spending six hundred million naira monthly to feed about two million internally displaced persons.

At that time, the international community didn’t quite appreciate the humanitarian situation in the northeast. Most of the UN agencies and international partners started making major food interventions in 2016. It was actually the unfortunate Chibok abduction of April 2014 that began to attract focus on Borno. But like I always say, going through difficult times is not the worst thing in life. The worst is to be hopeless in the face of difficulty” Shettima said.